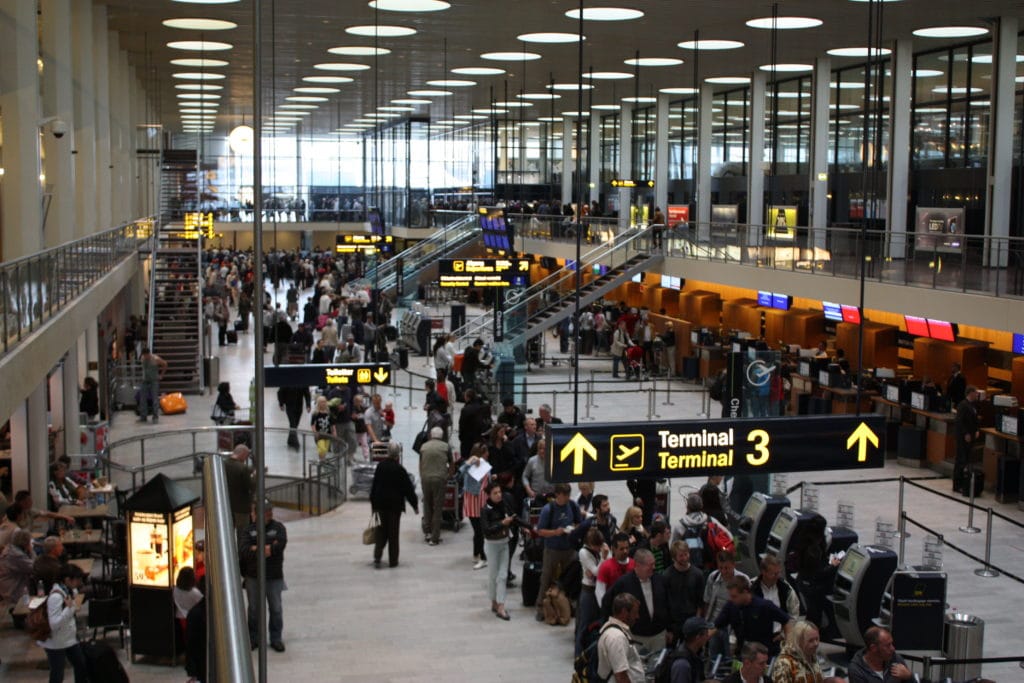 Copenhagen Airport Participates in Research on Air Quality and Aircrafts

An international research project will investigate how aircraft emissions affect air quality in and around airports. Copenhagen Airport will be one of three test airports.

Reducing aircraft emissions and improving air quality are major priorities for Copenhagen Airport. The airport has been making great efforts to reduce harmful emissions and has taken part in a number of research projects since 2007.

17 international partners have now joined forces for a three-year research project, which has received funding from the EU and other organisations. The study will provide the most detailed understanding to date of how aircraft emissions affect air quality in airports. The project, Aviator, will be coordinated by Dr Victor Achilla. He explains:

“Our research will give us better knowledge about the harmful emissions from aircraft engines. This will result in an improved knowledge base, which the aviation industry can then use to contribute to a smarter, greener and more integrated transport sector.”

“We have been working hard to reduce aircraft emissions ever since 2007, and we are also one of the leading airports within this field. Naturally we wish to continue these efforts, not only on behalf of the climate, but also for the sake of the staff who work close to the aircrafts”, says Kristian Durhuus. He emphasises that Copenhagen Airport is looking forward to gaining more knowledge within this area, to have something tangible to aim at in the future.

The purpose of the project is to provide decision-makers, authorities, the aviation industry, and the public with greater knowledge on how aircrafts impact the air quality in airports.

Facts about the project
The research project is being funded by EUR 5 million (approximately DKK 37 million).

Researchers will collect and analyse readings of air quality in Copenhagen Airport, Madrid-Barajas Airport in Spain and Zurich Airport in Switzerland: three airports that are very different in terms of climate.

The studies will also focus on the potential for finding alternatives to current jet fuel.