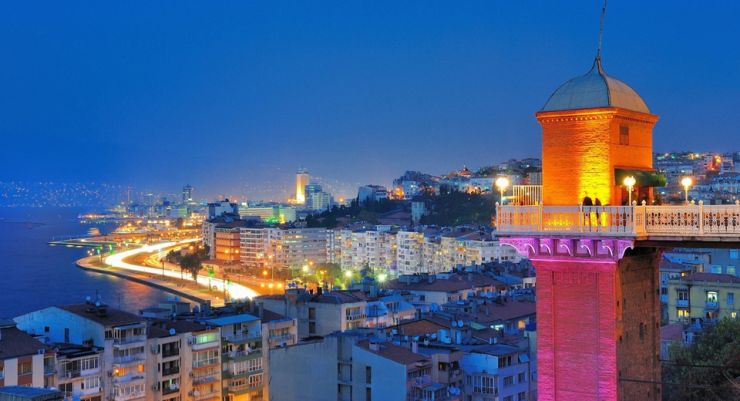 Qatar Airways Group Chief Executive, His Excellency Mr. Akbar Al Baker, said: “We are delighted to launch direct services to Izmir, a beautiful coastal city and key business hub. This new gateway to Turkey will strengthen Qatar Airways’ already robust presence in the Turkish market, while providing our passengers travelling from Turkey enhanced connectivity to our extensive global route map of more than 160 destinations. Izmir is also home to the country’s second-largest port after Istanbul, and is a major commercial centre, making it a key destination for business travellers.”

TAV Ege General Manager, Mr. Erkan Balcı, said: “It is a great pleasure to welcome Qatar Airways inaugural flight from Doha. Izmir Adnan Menderes airport is the gateway to the world-famous Aegean region, which is home to major cultural and historic attractions, drawing millions of visitors each year from all over the world.”

Three weekly flights to Izmir will be operated by an Airbus A320 aircraft, featuring 12 seats in Business Class and 132 seats in Economy Class.

Set against the Aegean Sea on Turkey’s western coast, Izmir has been an important port city since ancient times. Visitors to Izmir have a wide variety of activities to enjoy, from exploring nearby monuments and archaeological sites, including the Roman Agora of ancient Smyrna, now an open-air museum, to enjoying the renowned seafood restaurants set along the city’s promenade. Tourists can also visit the restorative Balçova thermal baths, just 10km west of İzmir

Qatar Airways currently operates flights to six destinations in Turkey, with separate services to Istanbul’s Sabiha Gökçen Airport (21 times per week) and Istanbul Airport (14 times per week), Adana Airport (three times a week), and daily flights to Ankara. The award-winning airline will also resume direct seasonal services to Bodrum on 25 May 2019 and Antalya from 24 May 2019.

The airline also operates three weekly Boeing 777 freighter services to Istanbul. With the launch of flights to and from Izmir, Qatar Airways Cargo will offer direct cargo capacity for perishable exports such as fresh fish and fruits out of Izmir. Trucking services will also be offered both ways between Izmir and Istanbul. With the thrice-weekly belly-hold flights and trucking services, the cargo carrier will offer more than 50 tonnes per month to and from Izmir. Belly-hold cargo capacity to Antalya in Turkey will soon be introduced.

As well as enjoying the award-winning in-flight service on board, passengers travelling to Izmir will also have access to Oryx One, Qatar Airways’ in-flight entertainment system, offering the latest blockbuster movies, TV box sets, music, games and much more.

Qatar Airways currently operates a modern fleet of more than 250 aircraft via its hub, Hamad International Airport (HIA) to more than 160 destinations worldwide. The airline will add a number of new destinations to its extensive route network in 2019, including Izmir, Turkey; Rabat, Morocco; Malta; Davao, Philippines; Lisbon, Portugal; Mogadishu, Somalia and Langkawi, Malaysia.