Crystal River Cruises to Boast the Youngest Fleet in the Industry 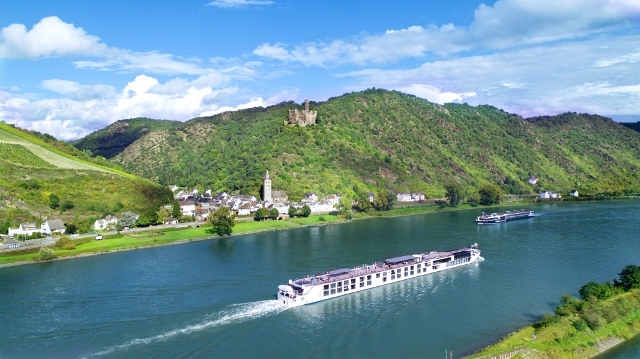 When Crystal River Cruises’ 2020 season embarks next spring, it will be with the youngest fleet of luxury ships in the river industry. Crystal Mozart, popularly known as the Queen of the Danube, will depart the Crystal fleet for a Genting Cruise Lines’ (under Genting Hong Kong, Crystal’s parent company) venture that will be announced at a later date.

With the departure of Crystal Mozart, the average age of Crystal River Cruises’ remaining ships – identical new-builds Crystal Bach, Crystal Debussy, Crystal Mahler and Crystal Ravel – will be under two years, having launched in 2017 and 2018.

“Crystal River Cruises’ ships are not only the newest in the industry, they are the only to feature all-suite, all-balcony accommodations with every room category situated above the water line and offering Crystal’s signature personal butler service,” said Tom Wolber, Crystal’s president & CEO. “While the new ships’ itineraries vary, our guests and travel advisors will now find a uniform ship experience across the full fleet.”

At 135 meters long, Crystal River Cruises’ new ships are the most spacious in the industry carrying only 106 guests, which is less than half of the guest count for ships that are similar in size, with staterooms averaging over 40 percent larger than the industry norm. Travelers are also served by twice as many crew per guest providing the renowned service for which Crystal is known.

Crystal Mozart’s last Crystal voyage available to the public will embark December 2, 2019, from Vienna to Budapest.  “Crystal Mozart set the stage for Crystal River Cruises’ debut as its inaugural ship in the summer of 2016, and we are pleased to see her carrying onward with Genting Cruise Lines,” Wolber said.

Boeing Statement on 737 MAX Certification and Return to Service