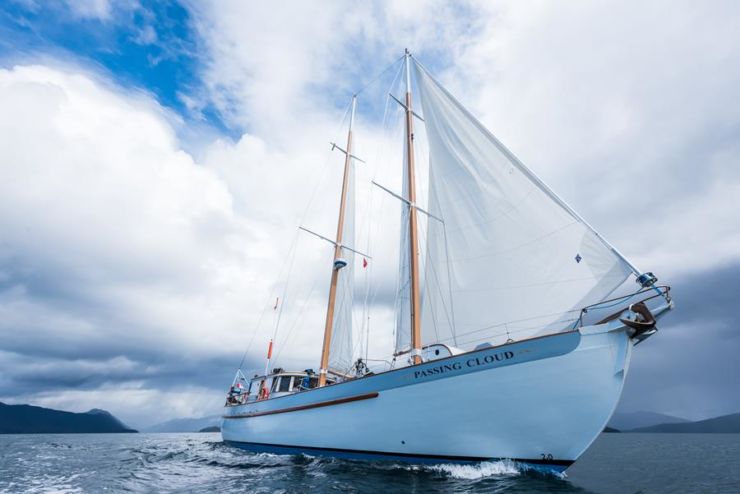 Outer Shores Expeditions is kicking off its 2019 season aboard Passing Cloud, a six-guest classic wooden schooner designed by William James Roué, famous for Canada’s legendary Bluenose. With four different regions offering once-in-a-lifetime multi-day expeditions, guests are provided the ultimate unplugged experience to be immersed in the wildlife, ecology, and Indigenous cultures of the Canadian Pacific Coast.

Setting sail into remote pockets of the west coast where stillness prevails and the loudest noise is the lapping of waves against rugged shorelines, Outer Shores continues to anchor itself into the region’s cultural and natural history. Join Passing Cloud on its migration into the Canadian wild this season on these four unique sailings along the BC Coast:

Visit the protected corners of Pacific Rim National Park Reserve
Ancient Civilizations and West Coast Wilderness introduces guests to the beauty of Vancouver Island’s west coast: primal rainforests, untamed coastlines, and historical villages where the Nuu-cha-nulth traditions come to life as ancient stories are told. On this 5-day voyage, witness the annual herring spawn phenomena and the grey whale migration, and take a guided tour of the Kiixin Village site with Huu-ay-aht Traditional Knowledge Holders who lend insight into the area’s cultural and biological significance.
Next available departures: April 2020

Explore bursts of colour in the Southern Great Bear Rainforest
Heading north along the Pacific Coast, Islands, Otters, Bears, and Ancient Forests leads guests into springtime in the vast southern region of Canada’s Great Bear Rainforest, where sleeping grizzlies are emerging from hibernation and foraging on sedges and grasses in coastal estuaries, and bright coloured wildflowers contrast against a canvas of glacial peaks. On this 8-day expedition, become acquainted with the diversity of this region and learn how the First Nations have been intrinsically connected to this land for millennia. Visit the Hakai Institute to gain insight into the ongoing coastal research being conducted, then head out in search of large rafts of sea otters that have repopulated the region, keeping your eyes peeled for coastal wolves of the outer islands and rare bird species migrating north for the summer.
Next available departures: May 2020

Discover Haida Gwaii, “Canada’s Galapagos”
The remote archipelago of Haida Gwaii and Gwaii Haanas National Park Reserve, National Marine Conservation Area Reserve, and Haida Heritage Site has an ancient history dating back more than 14,000 years and such diverse ecology that it is often referred to as the “Galapagos of the North.” The mortuary, memorial, and house frontal poles of Haida Gwaii’s earliest villages, mossy groves with colossal trees, and bountiful marine life provide the backdrop for Outer Shores’ sailing expedition, Islands at the Edge. On this 9-day expedition, immerse yourself in rich cultural history with visits to important archaeological sites – including the UNESCO World Heritage Site of SGang Gwaay Llnagaay. Experience full days of sailing along the edge of the continental shelf to encounter pelagic megafauna including killer whales, Risso’s dolphins, humpback whales, fin whales, and sharks, and step into an outdoor classroom with inflatable skiff excursions to tide pools and kelp forests and floatplane flights for a bird’s-eye-view of it all.
Next available departures: May-August 2020

Seek spirit and adventure in the Northern Great Bear Rainforest
As the seasons change, Passing Cloud returns to the Central Coast to explore the northern region of Canada’s Great Bear Rainforest in pursuit of the Pacific salmon migration that attracts a wide array of marine and terrestrial species to the shoreline. Salmon, Bears, Whales, and Ancient Forests leads guests deeper into the vast wilderness where the rare white Kermode bear (also known as the spirit bear) catch salmon in waterfalls and grizzlies prowl river mouths in preparation for hibernation. Explore an area that is increasingly becoming known as a haven for whales due to the resurgence of humpback and fin whales to the region, while witnessing the rich biodiversity of marine mammals from dolphins and porpoises to seals, sea lions, and more. On this 9-day expedition, learn about the remote coastal First Nations communities with private visits to traditional Big Houses and discover how each nation’s unique history informs today’s cultures.
Limited availability remaining: September 2019
Next available departures: August-October 2020

Holland America Line’s exotic itineraries explore far-flung destinations coveted by globe-trotters, and cruises in 2022 and 2023 are now open for booking. From Asia, Australia and New Zealand to South America... 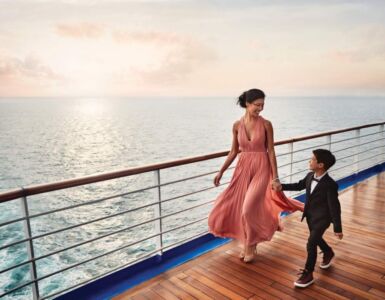 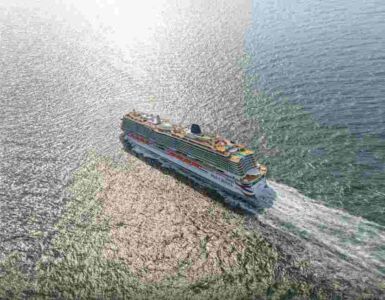 P&O Cruises will offer a series of short break and week-long UK cruises as “the ultimate escape” staycation this summer. The cruises will go on sale later in March. P&O Cruises president Paul...