Positive Start to 2019 for the European Tourism Sector 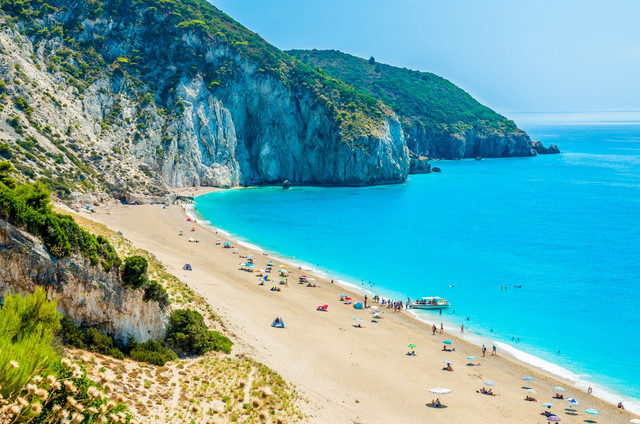 Europe kicked off 2019 on a positive note following an impressive 6% growth in 2018. Looking ahead to the rest of the year, a more moderate rate of expansion is expected for 2019 (around 3.6%), with short term risks, such as the slowing global economy, trade tensions and political uncertainty weighing on growth projections.

Despite challenges, the majority of destinations which have reported data for early-2019 performances, have shown continued growth in foreign arrivals and overnight stays. Among the most impressive performers is Montenegro, which has invested in improved winter infrastructure allowing the destination to extend the tourism season for interested travellers. This investment, coupled with significant promotional activities and improved air connectivity, has seen the country record growth of 41% in arrivals compared to the same period a year ago.

Other destinations that have experienced considerable growth in international arrivals are Turkey and Ireland, (both +7%). Despite lingering weakness in the value of pound relative to the euro, growth in travel to Ireland from the UK was modest, but significant given the UK accounts for over 40% of total arrivals to Ireland. Amidst the Brexit downturn, Ireland is set to reduce reliance on its second largest source market through a market diversification approach. Elsewhere, large destinations such as Portugal (+6%) and Spain (+2%) broke arrival records in absolute terms early in the year, benefitting from increasing year-on-year tourism revenues. While both gained market share during this period, the strong recovery of the Turkish tourism sector means these Iberian destinations will face significant challenges for the remainder of 2019. 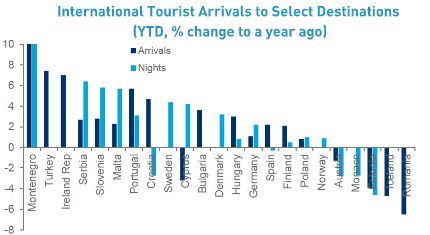 Europe’s key long-haul markets continue to have an ever-increasing impact on the European tourism demand. Amongst other factors, travel facilitation reforms, improved transport capacity and investments in marketing and product development have been key drivers of growth from the Chinese travel market in recent years. While Cyprus saw the strongest growth in arrivals (+125%) from this market, growth in overnights was led by Slovenia (+125%), followed by Montenegro (+66.6%) and Serbia (+53.5%).

US arrivals to Europe increased 10% in 2018 compared to the year prior. A similar rate of expansion is projected for 2019 despite an expected global economic slowdown and risks facing the US economy. The relative strength of the US dollar versus the sterling and the euro continues to make Europe an affordable destination for US travellers. Destinations that registered strongest growth in arrivals from this market early in the year were Malta (+40%), Turkey (+34%) and Spain (+26%).