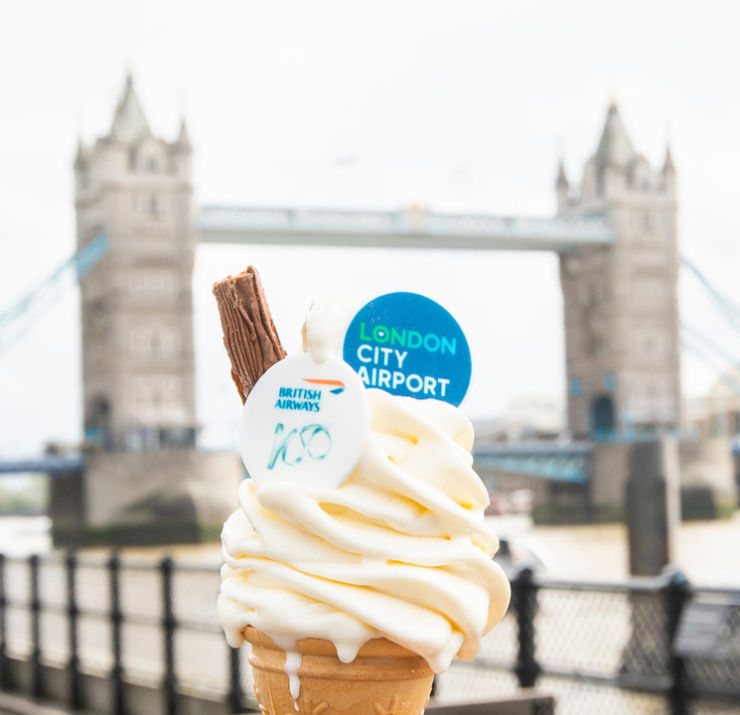 Summer gets off to a flying start next week as British Airways welcomes the sun season with free ice cream, low fares and the chance to win holidays from London City Airport.

To mark the airline’s 100th birthday there will be 100 return seats for just £100 on offer to each of three selected British Airways’ sunshine destinations from London City.

To celebrate a mobile ice cream van will drive round East London, setting up at Westfield Stratford and ExCel London over the course of three days next week.

Cabin crew will give away free ice creams and picture postcards with the chance to win a number of prizes, including a five-star holiday to Skiathos, flights to Europe and hotel stays, and lots of giveaways including luggage tags and beach balls.

The ice cream van will set off on Thursday May 16 and park at London Excel before moving onto Westfield, Stratford on May 17 and 18.

British Airways is launching flights to Split on June 21 – the first time travellers have been able to fly to Croatia from the Docklands airport.

Other sunshine destinations are Mahon, Granada, Malaga, Palma and Ibiza in Spain, Nice, Bergerac, and Quimper in France,  Florence, Venice and Rome in Italy,  Skiathos, Mykonos and Santorini in Greece and Faro in Portugal.

Luke Hayhoe, British Airways’ General Manager Commercial and Customer, said: “With almost 250,000 seats to the sun on offer this summer we wanted to celebrate the British Airways centenary and our busiest year yet at the airport by sharing the holiday spirit. Ice creams and postcards are the most iconic symbols of summer holidays so we thought it was a great way of getting the people of London into the holiday mood.”

“As we approach the summer, this very special ice cream van is hitting the streets of London to highlight a great selection of 2019 destinations that passengers will love, be it a city adventure in Florence, beach break in the Balearics or dining in the Dordogne.”

One-way hand baggage only fares from London City to Split from £201, based on a return journey, are available to book on www.ba.com/londoncity

Customers who choose to cut the cost of flights by using Avios part payment, would pay £161 plus 5,500 Avios. They are able to pick from a range of savings by destination and cabin. Customers making the most of this are still able to collect Avios and Tier Points on their bookings.*