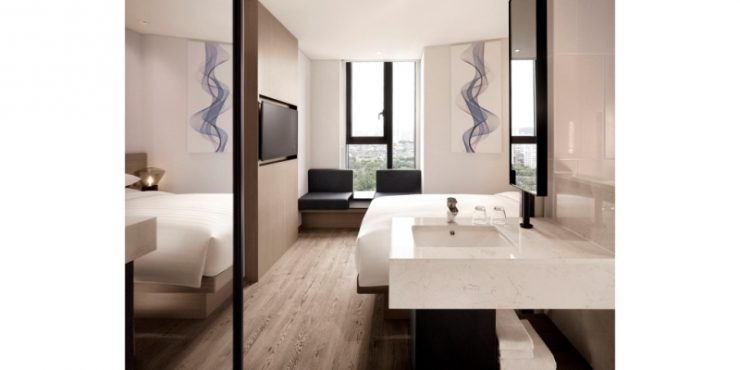 Fairfield by Marriott announced today the opening of its 1,000th hotel location, making it the second brand in the Marriott International portfolio besides Courtyard by Marriott to reach this milestone. Fairfield has recently experienced rapid global growth in China, Japan, Mexico, India and the U.S. While the debut of Fairfield by Marriott Inn & Suites Denver Tech Center North sets the milestone, the brand expects to continue its growth explosion with more than 300 hotels anticipated to open by 2021.

“With 1,000 Fairfield hotels now open, we are well positioned to continue building on this powerhouse brand’s popularity with franchisees and guests,” says Eric Jacobs, Marriott International, chief development officer, North America select service and extended stay brands. “Fairfield is a brand that has great appeal to our franchisees and also resonates with travelers who seek a comfortable, uncomplicated and consistent experience – wherever they travel.”

Fairfield is building upon its strong heritage from the Marriott family retreat, the Fairfield Farm, and creating an environment that focuses on the warmth and simplicity of delivering an inviting and seamless experience for its guests. Fairfield is also launching a new modern logo and communications platform ‘The Beauty of Simplicity,’ as well a new décor package called ‘Modern Calm,’ both of which are inspired by the warm and calming sensibility and feelings evoked by the Fairfield Farm. The experience continues to be backed by the Fairfield Guarantee – from its free, hot breakfast to a great night’s sleep, Fairfield’s level of service and accommodation is what the brand was founded upon. If a guest is ever not satisfied with their stay, Fairfield will make it right. It’s that simple, guaranteed.

“As Fairfield continues to expand around the world, we continue to deliver on the brand’s founding principles of warm hospitality and family treatment, which translates into every language and culture,” says Janis Milham, senior vice president and global brand leader, Marriott Classic Select Brands. “The launch of ‘The Beauty of Simplicity’ brings to life the feelings evoked from the brand’s heritage at the Fairfield Farm. It’s the simple things done right that make our guests return again and again.”

Fairfield by Marriott was inspired by the Marriott family’s weekend retreat, the Fairfield Farm – in the Blue Ridge Mountains of Virginia – which J.W. and Alice Marriott purchased in 1951 as a calm respite from the everyday commitments of their growing business. This same sensibility of respite helped inspire Marriott to create the brand in 1987.

Since its founding, the Fairfield brand has flourished by working hand-in-hand with a core group of owners and developers who have believed in the Fairfield brand’s value proposition for both franchisees and guests. As Marriott International took the brand to the modern era, owners such as Columbia, Md.-based Baywood Hotels helped evolve it with a new-generation prototype that enhanced the brand’s appeal to owners and guests alike. Once again, Baywood Hotels is involved in helping Marriott make history with the brand through the opening of the company’s 1,000th Fairfield hotel.

“We are proud to make history with Marriott International,” said Al Patel, CEO of Baywood Hotels. “We opened our first Fairfield in suburban Maryland in 2004, watched it become a tremendous success. We have developed several additional Fairfield hotels over the past 10 years and realized that we could build a very successful hotel company by leveraging the brand and our great partnership with Marriott. Fifteen years later, we remain big believers in Fairfield – we have two more in the pipeline – and we’re growing with additional Marriott brands as well.”

The Fairfield brand is anticipated to grow by 36 percent in the next three years in the United States, which accounts for the majority of the Fairfield locations, with more than 330 properties in the signed pipeline. Designed for success in any market, Fairfield plans to open locations in both large cities and small towns ranging from Manhattan, NY, to Manhattan, KS. In Canada, the brand is expected to increase its presence by 50 percent over the next three years.

To help drive the brand’s growth in North America, its largest market, the brand will launch a new Fairfield prototype this fall to help franchisees target smaller markets where a larger hotel may not make financial sense. The new prototype will feature about 80 rooms vs. today’s 110-room version.

To celebrate the 1,000th milestone, all Fairfield hotels in the U.S. and Canada will offer guests a complimentary brownie at check-in during the month of May. The complimentary offering is inspired by the same brownies that Alice Marriott was famous for baking while hosting friends and family at the Fairfield Farm. Additionally, Fairfield is giving away a five-night stay to any Fairfield hotel in the world. For more details and to enter, please visit FairfieldStore.com/win.

Fairfield aims to open its doors in Japan in 2020 with more than a dozen innovative pre-fabricated hotels expected to open throughout the country in tertiary markets that tourists increasingly want to visit as the country experiences a surge in inbound tourist arrivals.

This follows recent growth in neighboring China that was spotlighted by the brand’s entry into the country with 2017’s opening of Marriott Nanning Nanhu Park, as well as in South Korea with the opening of the world’s largest Fairfield property in South Korea (Fairfield by Marriot Seoul), which was soon followed by another property and two more in the signed pipeline. India is also a priority growth region for the brand, with 14 open properties, including the recently opened Fairfield Goa Anjuna, and another eight in the signed pipeline.

Growth in Caribbean and Latin America

With 13 open properties and another 16 in the signed pipeline, the brand is poised to increase its footprint in the Caribbean and Latin America. By 2021, Fairfield expects to debut in four new destinations across Central and South America: Colombia, Costa Rica, Peru and Chile.

Scandic Hotels is unveiling its new coworking concept at around 270 locations in Sweden, Finland, Norway, Denmark, Germany and Poland. The new concept offers customers a place to work away from their corporate or home... 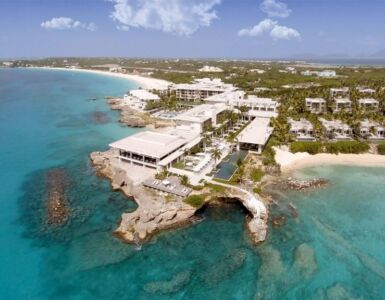 Incredible views, a luxurious atmosphere, and the comfort one can trust await as Four Seasons Resort and Residences Anguilla prepares to welcome guests back to paradise beginning November 19, 2020. The Resort’s secluded... 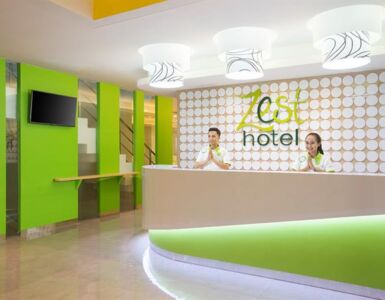 Zest Hotels International continues to expand its budget brand portfolio with the opening of Zest Parang Raja, Solo on October 20th, 2020. Strategically located in the heart of Solo, the hotel is allowing easy access to...