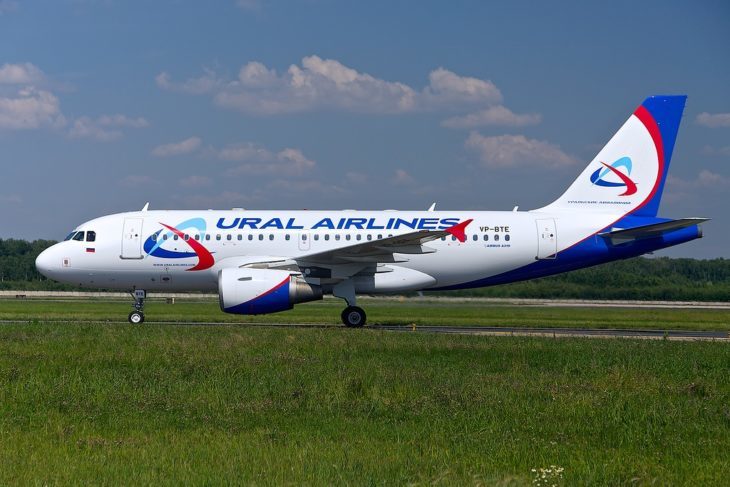 In new summer season URAL AIRLINES offers comfort routes for trips across Russia, CIS and other foreign countries. Most routes remain the same, but the frequency of the most popular ones will increase.

This year is a French year in URAL AIRLINES: we open four new flights to this country at once. In summer fly to Broadax and Montpellier from Domodedovo, in April fly to Paris and Nice from Zhukovsky.

The frequency of flights from Ekaterinburg to Prague – one of the most popular destination in Ural region – increased to 6 times per week. In summer season the flights Zhukovsky – Prague and Krasnodar – Prague are also continuing to operate.

Open the land of the rising sun, which beauty and unique culture will amaze even the most sophisticated tastes. Starting from April the frequency of flight to Sapporo increased to three times per week.

in June a new country, India, will appear on our route map. We will launch a new destination Moscow (Domodedovo) – Mumbai. In late April we will launch one more new direct flight from Irkutsk to Beijing.

The schedule to Thailand remains the same: to Bangkok from Vladivostok, Ekaterinburg, Novosibirsk, and Irkutsk.

We also have new beach resorts destinations, such as Samara – Tivat, and Rimini from Ekaterinburg, Krasnodar, Rostov-On-Don on Saturdays. And also flights to Rimini from Moscow (Domodedovo). Moreover, we plan to increase the flights frequency to Tel Aviv from Zhukovsky and Sochi.

In April we open three new flights from Samara to Tashkent, Baku and Tbilisi.

In a schedule for destination Moscow (Domodedovo) – Kutaisi we have added one more flight (third one) on Sundays. And starting from the 4th of June, flight to Batumi from Ekaterinburg will be resumed for a summer season. You can also fly to Georgian sea resorts from Saint Petersburg and Moscow.

Staring from April flights to Almaty from Zhukovsky will be regular. In this summer season we launched new comfortable connecting flights via Zhukovsky airport. We offer flight from the capital of Kazakhstan to Prague, Paris, Rome, Tel Aviv, Kaliningrad and Simferopol.

In late May flights to Krasnodar from Khabarovsk to Vladivostok will be again in a summer schedule.

Flights frequency from Irkutsk to Moscow is also increased. Staring from the 31st of March additional flights are operating three times per week.

A new flight Ekaterinburg – Magadan will be operating from late May with a stopover.

Gulf Air has officially introduced a new pricing concept of its air fares to make it easier and clearer to its passengers regarding what’s included in each price bracket. The new ‘Boutique Fares’ come in 3 branded...

TUI UK has put winter 2021/22 holidays from Bristol Airport on sale and will launch summer 2022 from 5th November, with thousands of free kids’ places, low deposits from £75 per person and £0 deposit on direct debit...

Germany’s most popular leisure airline says “Hello Switzerland”: Condor is stationing two Airbus A320s in Zurich for the 2021 summer season and will then fly to nine of the most popular vacation...