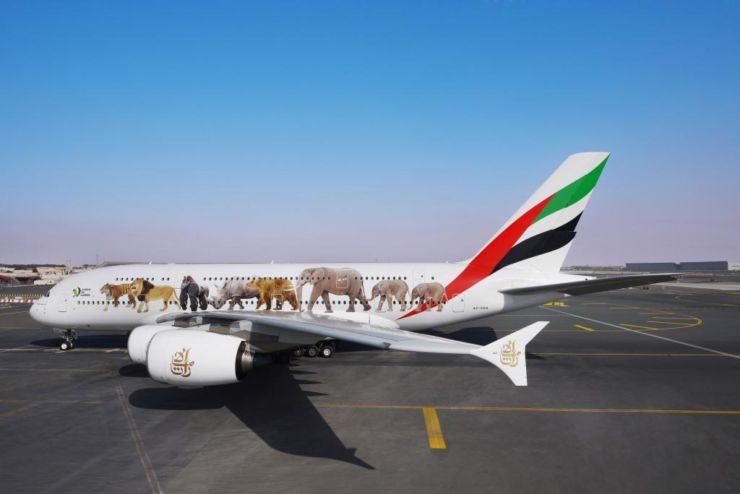 Taking its environmental responsibilities seriously and championing wildlife conservation across different corners of the planet, the Emirates Group is playing its part to support and preserve biodiversity.

The Dubai Desert Conservation Reserve and Emirates One&Only Wolgan Valley in Australia both illustrate the Group’s long-standing focus on protecting fragile ecosystems and support for sustainable tourism in very different parts of the world.  Both conservation reserves protect valuable ecosystems and at the same time provide unique and sustainable experiences for visitors from around the world.

The Emirates Group funds the operations of the 225 square kilometre Dubai Desert Conservation Reserve (DDCR), an inland desert habitat that has been protected by government mandate since 2003. This is the largest piece of land that Dubai has dedicated to a single project and aims to preserve Dubai’s unique desert environment for future generations. The DDCR plays an important role in ecological research, actively collaborating with both local and international universities. The findings and results of the research studies help to enhance knowledge of the desert ecosystem, gather scientific data around rare and endangered desert species, monitor its balance and preserve its natural environment.

The reserve is also a focal point for conservation programmes aimed at restoring populations of some of the UAE’s wildlife, such as the Arabian gazelle, sand gazelle and Arabian oryx. Since their reintroduction into the DDCR, the antelope species have thrived, and their populations have significantly increased, triggering the process of looking into relocating some oryx and gazelle species to other protected areas within the region. Over 250 endangered Macqueen’s bustard (houbara) were also released this year with 25 of them fitted with tracking devices to monitor their movement and breeding progress.

In 2018, the DDCR was visited by more than 285,000 tourists, through Arabian Adventures, various Emirates partner tour operators, and the Al Maha Desert Resort. The DDCR offers low-impact desert experiences in addition to desert clean-up activities in coordination with Arabian Adventures. During 2018 the DDCR was accepted as a candidate for the IUCN Green List for Protected and Conserved Areas, a global standard for the world’s most effectively managed Protected Areas.

Emirates has been supporting the protection of Australia’s extraordinary wildlife and plant life for over 10 years, through the conservation-based Emirates One&Only Wolgan Valley in New South Wales. The property was the first luxury resort in the world to receive an internationally-recognised carbon neutral certification from New Zealand based CarboNZero, undergoing a comprehensive greenhouse gas emissions assessment. Emirates One&Only Wolgan Valley also conducts regular research to identify opportunities and challenges for endangered species conservation. Efforts have also been underway to help restore vital vegetation and tree planting activities, which have helped to re-establish habitats for vital bird populations, essential for their long term survival.

Emirates and Emirates One&Only Wolgan Valley jointly funded the development of the WomSAT app and website in collaboration the University of Western Sydney to help researchers identify opportunities for wombat conservation. Wombats are threatened by sarcoptic mange, an unpleasant and often fatal skin disease that afflicts Australia’s largest burrow builder. The tool is used to record wombat sightings and track population health to help treat wombats afflicted by sarcoptic mange. Emirates One&Only Wolgan Valley is also spearheading a number of other conservation projects, such as the Wolgan River Restoration Project, an ongoing weed management programme, and supporting research projects with Western Sydney University.

United for Wildlife and The Buenos Aires Declaration

Since 2015, Emirates has continued its strong support for actions to stem the illegal trade in wildlife and wildlife products, which is having devastating consequences for endangered animals and the environment in many parts of the world. In 2018, the Emirates Group also signed the Buenos Aires Declaration on Travel and Tourism and Illegal Wildlife Trade, an effort led by the World Travel & Tourism Council (WTTC) to reach a billion travellers with messages to fight the illegal wildlife trade and work with communities to develop sustainable tourism that provides livelihoods and protects wildlife. The WTTC and World Wildlife Fund are developing guidelines to eliminate illegal wildlife trafficking from the travel and tourism supply chains.

The Emirates Group has also adopted a zero-tolerance policy to wildlife trafficking and has set up training for its employees to identify and look out for warning signs of smuggled wildlife products during cargo transportation and screening. Emirates will not carry banned species, hunting trophies or any products associated with illegal wildlife activities.

Using its brand power to raise awareness around the illegal trafficking of endangered wildlife, Emirates emblazoned four of its A380s with special wildlife decals. Since then the aircraft have flown millions of kilometres across 48 cities in 29 countries on close to 6,000 flights taking this important message around the world and spurring conversation around wildlife preservation.

dnata recently signed an MOU with the University of Pretoria in South Africa to support their research and rehabilitation projects. Under dnata4good, the partnership aims to safeguard wildlife and the environment by strengthening and enhancing research, veterinary training and awareness, increasing involvement through volunteer opportunities and ensuring needed measures are taken to care for injured animals and rehabilitate them to go back into the wild. The initiative will be partially driven by employee participation to protect fragile biodiversity in South Africa and to maintain balanced ecosystems.

Emirates Group employees living in Meydan Heights (UAE) will be taking part in a Ghaf Tree planting event on 27 April in partnership with Goumbook. The event aims to raise awareness about the importance of conserving the living desert, with a specific focus on the Ghaf tree. The Ghaf is a drought tolerant, evergreen tree which can withstand harsh desert environments, and can be used for greening purposes whilst saving water.

KLM expands its European network with Cork (Ireland). As of 3 August, the second largest city of Ireland will be connected to Schiphol every day by KLM. Flights will be operated with the Embraer 175, with a capacity of... 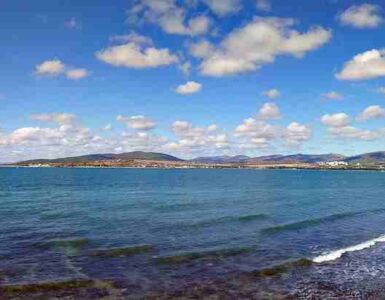 On July 11, Rossiya Airlines and Biblio Globus for the first time operated a flight on the route Moscow – Gelendzhik. From now on flights are performed once a week on Saturdays on Boeing 737-800 with a capacity of 189... 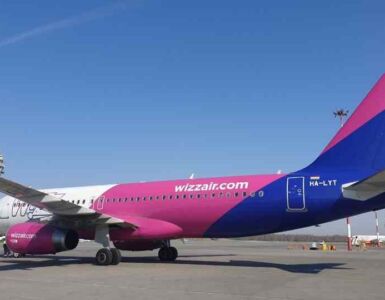