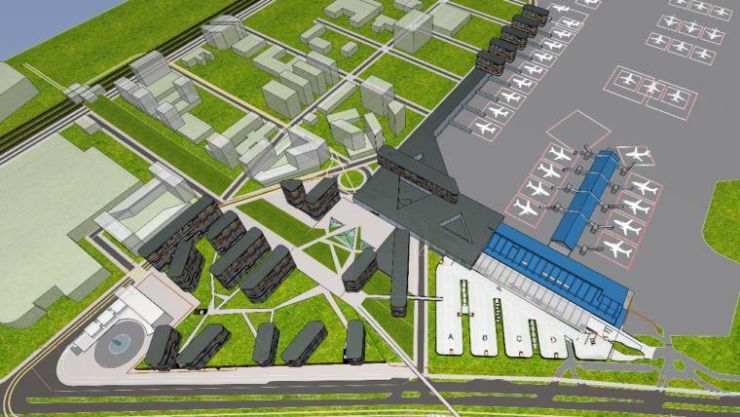 “If we want to maintain our status as the best airport in Europe, in addition to all other conveniences and services we also have to ensure good throughput of passengers, thus ensuring timely departure of flights” said Piret Mürk-Dubout, chairman of the board of Tallinn Airport.

In 2035, the expanded passenger terminal of Tallinn Airport will be able to serve 6 to 8 million passengers per year. The terminal area is nearly three times larger, reaching to 85,000 square meters instead of the current 34,000 square meters. The number of passenger gates will increase by half – from thirteen to twenty six.

“We will begin with the design and expansion of the most critical facilities already this year – including the expansion of border control, baggage handling and additional waiting areas. We will also expand the pre-flight security area and work with the Police and Border Guard Board in order to implement automatic border control,” added Einari Bambus, member of the board of Tallinn Airport.

By 2035, up to 150,000 square meters of business, service and accommodation premises are planned to be built into the airport campus, mainly for serving air passengers. The whole campus will be an important asset for Tallinn and the whole Estonia, facilitating business and conference tourism and making it possible to earn additional income.

The construction work is planned in stages, according to the possibilities of the business environment and based on the estimated number of passengers.