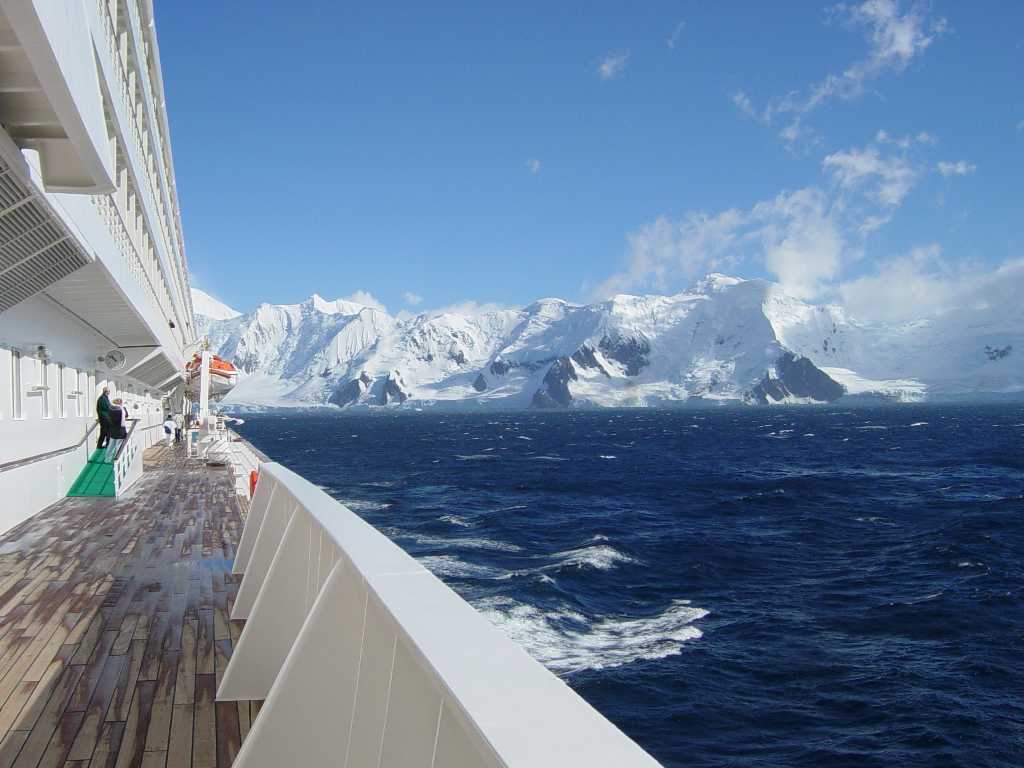 Lindblad Expeditions-National Geographic has announced the addition of an Antarctica, South Georgia and the Falklands departure. The new voyage will depart on November 19, 2019. One of the most incredible expeditions offered by Lindblad—their three 2019/2020 departures are nearly sold out—they have re-routed the 102-guest National Geographic Orion for a fourth departure. Since it is late in the season, Lindblad is offering guests a special booking incentive of free round-trip airfare from Miami/Santiago to join the expedition.

On this 24-day voyage guests will experience sensory overload (just listen) on this ultimate immersion in wildlife. Highlights include:

Antarctica offers the marvels of this world of penguins in astounding numbers, myriad bird species, and whales; the majestic ice sculptures, and the startlingly, hauntingly beautiful vastness. And, the utter absence of humans, or the man-made. Kayak among icebergs, enjoy cross country skiing and snow shoeing, Zodiac cruises, and hikes on the continent. There is, literally, nothing like Antarctica anywhere on the planet. Powerful reasons to go, even before the threat of climate change loomed.

Steeped in Shackleton and whaling lore, covered mostly in glaciers, South Georgia explodes with life: gentoo, rockhopper and macaroni penguins. Observe the most singular, and stunning, wildlife spectacles on earth: literally 200,000 stately king penguins on a single beach. And because it’s November, you’ll be able to observe massive elephant seals and hundreds of fur seals starting their breeding cycle by staking out their turf on these magnificent beaches.

See the human face of the region in the Falklands, reminiscent of Great Britain, with grazing sheep, and tea with the hardy islanders at their farms. Walk in the freshest air in the world, across the most graceful topography, and in this privileged place, the albatross reveals the beauty of their mysterious lives.

Leading the active, immersive adventure is the best ice team on Earth: an expedition leader, eight veteran naturalists, a National Geographic photographer, a certified photo instructor, and an undersea specialist. Joining the expedition as a special guest speaker is Dr. Peter Hillary, son of Sir Edmund Hillary who was the first man to reach the summit of Mount Everest with his climbing partner Tenzing Norgay in 1953. Peter is the first second-generation to climb Mt Everest, he has climbed the Seven Summits (the highest mountain on each of the seven continents) and he has been on over 40 mountaineering expeditions around the world.

Rates on the November 19, 2019 departure begin at $25,220 per person in a category 1 cabin based on double occupancy. Book by July 31, 2019 for free round-trip economy group airfare between Miami and Santiago; ask about other U.S. gateways. Valid for new bookings only, subject to availability, and may not be combined with other offers and pre- and post-extensions.