For more than two decades, Princess Cruises has been taking guests to iconic and off-the-beaten-path global destinations on annual World Cruises, offering the ultimate bucket-list vacation. The cruise line has announced its most robust 2021 World Cruise itinerary ever with more ports and countries than ever before.

There are also several segments in the World Cruise which includes a 45-day cruise from Los Angeles to Singapore.

The 2021 World Cruise marks a significant milestone for Princess Cruises, with it being its most robust itinerary. Guests will sail more than 34,000 nautical miles around the globe.  There will be late night calls in Singapore and Langkawi which are the only ones in Asia, among the 14 late night calls. 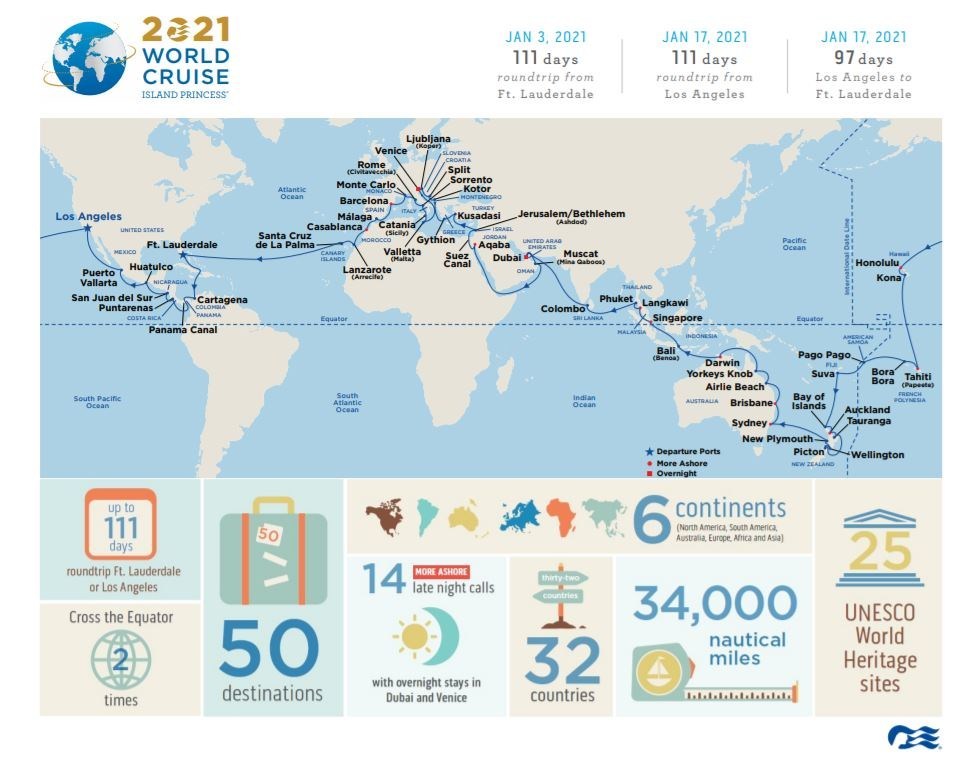 New and interesting details about the 2021 World Cruise include:

Etihad Guest Members Can Now Use Miles to Bid on Upgrades