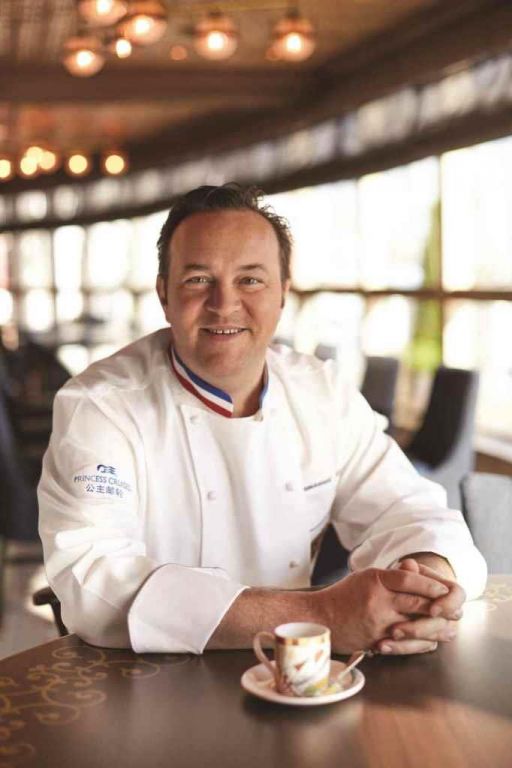 Princess Cruises will introduce La Mer Restaurant by 3-Michelin Star French Chef Emmanuel Renaut onboard Sky Princess when she debuts in October this year. This specialty restaurant will also debut onboard the cruise line’s next new ship, Enchanted Princess, in summer 2020.

Chef Renaut is owner and executive chef of the Flocons de Sel restaurant, located in the French Alps village of Megève. Flocons de Sel was awarded a third Michelin star in 2012, having earned its first in 2004 and a second in 2006. Before establishing the restaurant in 1998, Renaut worked in restaurants including Claridge’s, Hotel de Crillon and Auberge de l’Eridan. He also holds the prestigious title “Meilleur Ouvrier de France” (MOF) which translates to One of the Best Craftsmen of France.

La Mer will offer casual, French bistro-style dining with a modern twist inspired by the flavors and feeling of the French Alps and contrasts from the ocean. The specialty restaurant will be located in the lively Sky Princess atrium. The restaurant first debuted onboard Majestic Princess in 2017 to rave reviews from international cruisers while the ship was based in China. A La Mer video with restaurant and menu-fare visuals can be viewed here: www.princess.com/lamer

“It’s been an honor to collaborate with Chef Renaut again to develop a fresh and new menu for La Mer on Sky Princess and showcase his authentically crafted French dishes for the first time to our North American guests,” said Rai Caluori, executive vice president of guest experience and product development at Princess Cruises. “Chef Renaut’s culinary artistry and passion to deliver an unforgettable French dining experience at La Mer will be savored by each Sky Princess guest who delights in his exquisite fresh dishes.”

La Mer will carry a cover charge of $35 per person. The 143,700-ton, 3,660-guest Sky Princess is the fourth Royal-class ship for Princess Cruises and will include the best of the stunning features found on Royal Princess, Regal Princess and Majestic Princess, as well as new offerings that represent an evolution of the current ships’ designs.

Recently announced features to debut onboard Sky Princess, include: