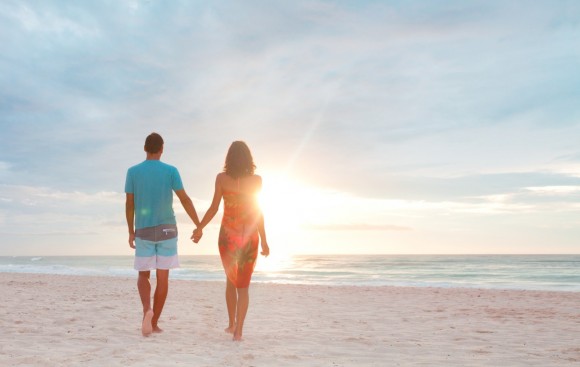 With the increasing non-stop flight capabilities of airliners, jet lag can be a real issue, and Airbus is offering suggestions on how passengers can deal with it.

At the dawn of modern air transportation, travelling long distances could take up to several days, allowing voyagers the opportunity to gradually adjust after arriving at distant destinations. Today, passengers can travel for thousands of kilometres in only a few hours, spanning different regions, countries and time zones – giving way to jet lag in the process.

Jet lag is typically defined as the feeling of tiredness and confusion associated with a significant change in time zones, usually after a long journey by airplane. A variety of physiological processes are governed by the body’s circadian rhythm – the internal clock. Travelling across multiple time zones interferes with this body clock – and disrupts the sleep cycle.

Fortunately, there are steps passengers can take to accelerate the adjustment process and minimise the effects of jet lag:

One of the most dominant influences on sleeping patterns is exposure to light; therefore, a rapid alignment with day time and night time in the local time zone can be beneficial. Getting as much natural light as possible in the morning – and avoiding light in the evening – can send the right time-cycle signals to the body. Certain devices, such as light boxes and sleep glasses, also are available to help the body readjust.

A key mechanism in falling asleep is the body’s production of the hormone melatonin. While darkness normally is the primary cue, it can take time for melatonin production to readjust in a new time zone. Studies have demonstrated that melatonin supplements can be effective aids in regulating the body’s sleep-wake cycle.
Timing of meals

Eating also has an influence on the body clock. For some people, fasting during a flight and waiting to eat until the first meal time after arriving at their destination appears to speed up the body clock’s adjustment.

To limit jet lag, it is best to book a journey that aligns with a passenger’s post-arrival plans. For example, a night flight facilitates sleeping on the aircraft and being ready for work the following day – while a daytime flight allows one to work on arrival and then get a good night’s sleep. If possible, it is best to get six hours of sleep on an overnight flight, which will be enough to keep the body active until night time. Ideally, a person needs at least half a day in their new surroundings before tackling important tasks, such as meetings or presentations. As blue light suppresses melatonin production, avoiding computer screen time can lead to better sleep during the flight – as can an eye mask, neck pillow and ear plugs.

To minimise jet lag and adapt to the new time zone as soon as possible, processes like falling asleep, getting up and eating should be adjusted according to the local time.

Exercise – ideally outdoors – can help a world traveller stay awake by stimulating blood circulation, oxygenating the body’s systems and releasing the serotonin chemical compound. For relaxation, a long hot shower or bath relaxes the muscles and can serve as a sleep aid.

Certain foods influence the body clock. Carbohydrates – such as white rice, pasta, bread and potatoes – promote sleepiness; cherries contain melatonin, while bananas have sleep-inducing minerals, so both are good choices for an evening snack. In contrast, foods high in protein – such as meat, eggs, fish and beans – increase alertness. As a stimulant, caffeine is very effective, although it takes hours for the chemical to work its way out of the body’s system.

Some travellers also apply a variety of alternative methods for rejuvenating after a long flight. These include “earthing,” which involves going barefoot outdoors in a natural setting; flotation or isolation tanks; spas and massage; or cocktails of vitamins and probiotics.