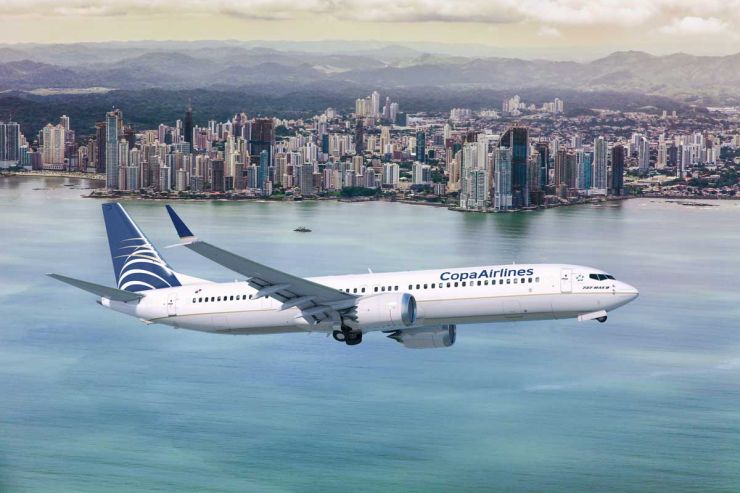 Copa Airlines has announced plans to begin service to Paramaribo, Suriname twice weekly starting on July 6. This new route will make Suriname the 81st city the airline connects with the rest of its network of destinations through the Hub of the Americas located at the Tocumen International Airport in Panama City.

Once operations between Panama City and Paramaribo begin, Suriname will be quickly and efficiently connected to 32 countries in North, Central and South America and the Caribbean through the Hub of the Americas, providing passengers with shorter connection times, service sending checked baggage to their final destination and the possibility of completing their flights without the need for customs or immigration procedures.

Paramaribo, capital of Suriname, is located near the country’s northern border along the Atlantic Ocean and has a population of approximately 560,000 inhabitants. With British and Dutch-inspired architecture, Paramaribo is a lively city with a fascinating mix of cultures, offering its visitors attractions such as walks along the Suriname River and tours of its renowned historic center, considered by the UNESCO as a World Heritage Site. In addition to attracting thousands of tourists every year, the historic district reflects the region’s rich Dutch influence with a variety of colonial and religious buildings from the seventeenth and eighteenth centuries. Besides Paramaribo, Suriname has many more districts where nature is the key ingredient, as over 90% of the country is covert in untouched rainforest.

Copa Airlines currently operates an average of 350 daily flights through the Hub of the Americas located at the Tocumen International Airport in Panama City, connecting 81 cities in 33 countries of the continent. At the beginning of 2019, the airline was recognized by the Official Airline Guide of London as “The most punctual airline in the world” and FlightStats distinguished Copa for the sixth consecutive year as “The most punctual airline in Latin America,” in both cases for its 2018 results. In that period, Skytrax chose it as the “Best Airline of Central America and the Caribbean” and “Best Staff” of Airline in Central America and the Caribbean” for its performance in 2017.