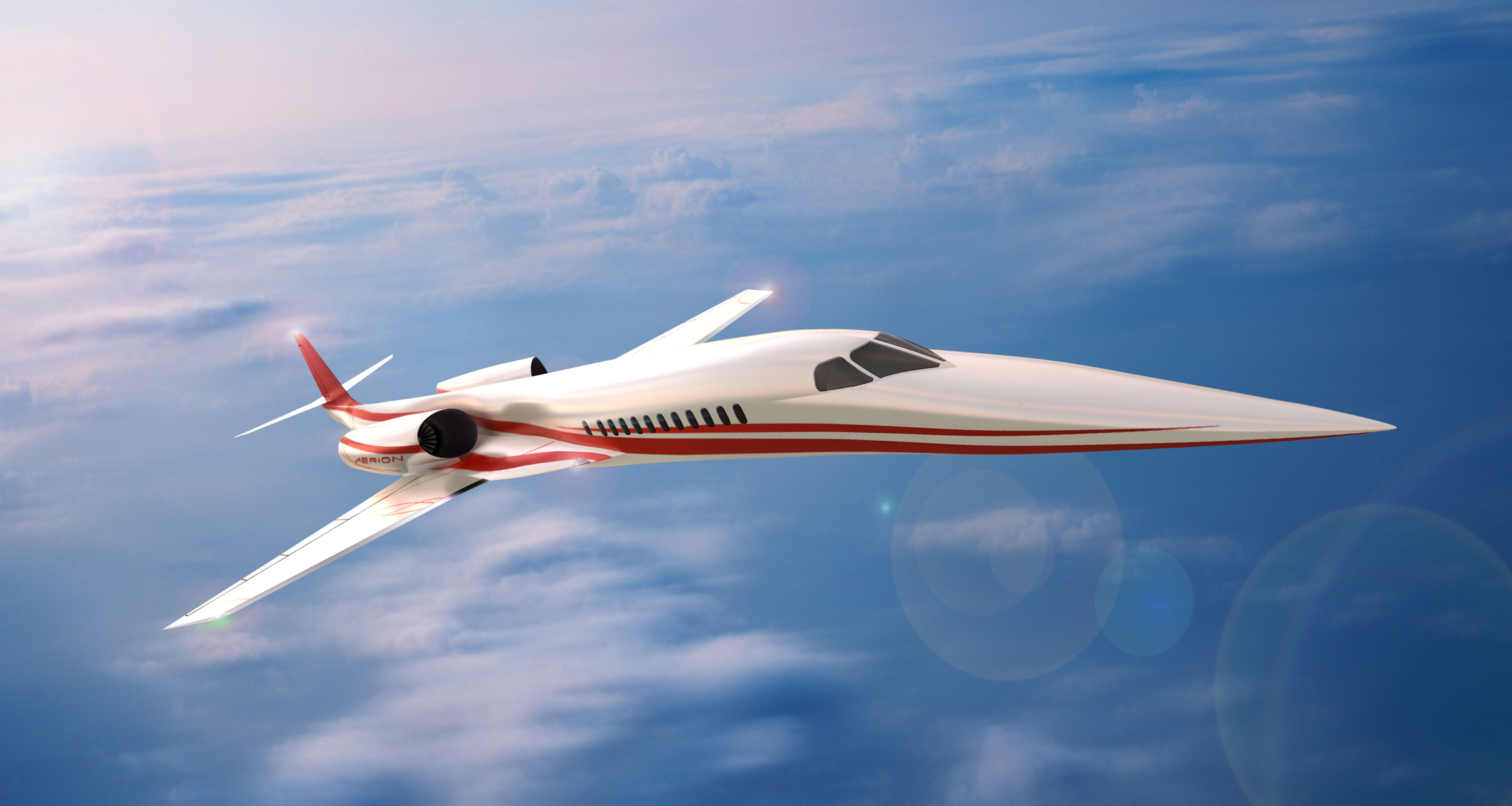 Boeing today announced a partnership with Aerion, a Reno, Nev.-based company pioneering next-generation supersonic aircraft. As part of the agreement, Boeing made a significant investment in Aerion to accelerate technology development and aircraft design, and unlock supersonic air travel for new markets. Terms of the deal were not disclosed.

Boeing will provide engineering, manufacturing and flight test resources, as well as strategic vertical content, to bring Aerion’s AS2 supersonic business jet to market. The AS2 is designed to fly at speeds up to Mach 1.4 or approximately 1,000 miles per hour. With the ability to fly up to 70 percent faster than today’s business jets, the AS2 will save approximately three hours on a transatlantic flight while meeting environmental performance requirements. The aircraft is slated for first flight in 2023.

“Boeing is leading a mobility transformation that will safely and efficiently connect the world faster than ever before,” said Steve Nordlund, vice president and general manager of Boeing NeXt. “This is a strategic and disciplined leading-edge investment in further maturing supersonic technology. Through this partnership that combines Aerion’s supersonic expertise with Boeing’s global industrial scale and commercial aviation experience, we have the right team to build the future of sustainable supersonic flight.”

“Aerion is the industry leader mapping out a successful, sustainable return to supersonic flight,” said Tom Vice, chairman, president and chief executive officer of Aerion. “The AS2 is the launch point for the future of regulatory-compliant and efficient supersonic flight. Together with Boeing, we’re creating a faster, more connected future with tremendous possibilities for enhancing humanity’s productivity and potential.”

Boeing NeXt works with industry partners and regulatory agencies to lead the responsible introduction of a new mobility ecosystem. The division’s portfolio includes prototyping activities and programs that will shape the future of urban, regional and global mobility. These programs include autonomous air vehicles and passenger-carrying hypersonic aircraft.

Boeing is the world’s largest aerospace company, the leading manufacturer of commercial airplanes and defense, space and security systems, and a major provider of government and commercial aerospace services. America’s top manufacturing exporter, Boeing supports airlines and U.S. and allied government customers in more than 150 countries.