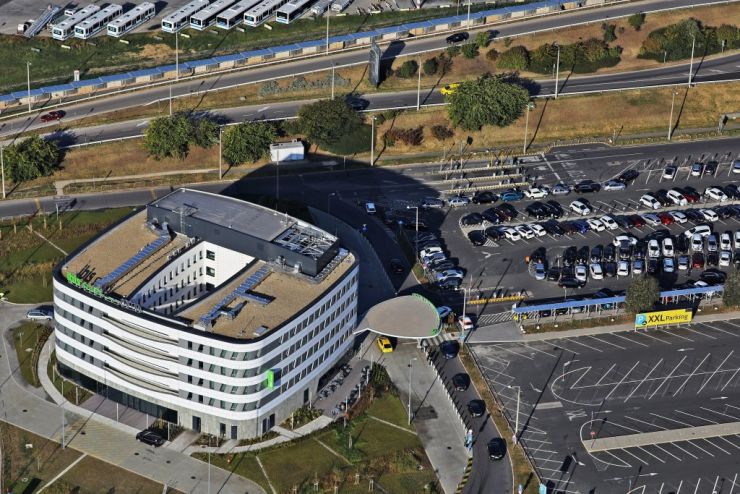 Double-digit passenger traffic growth in 2018 resulted in approximately 14.9 million passengers in total at Budapest Airport, making the capital city airport of Hungary the fastest growing airport in the Central Eastern European region. Solid growth figures are the basis of the long-term airport development plans of Budapest Airport which envisage investment of no less than 700 million Euro into the airport infrastructure in upcoming years, including a brand new terminal building.

Budapest Airport handled 14 867 491 arriving and departing passengers in 2018, almost 1.8 million more than in 2017, representing an annual growth rate of 13.5 %. This rate of traffic development makes Budapest Airport the fastest growing airport in the Central and Eastern European region. Air traffic movements increased in 2018 by 12 % to an annual 115 028 take-offs and landings, thanks to better utilization of aircraft with higher load-factors.

Budapest Airport in 2018 offered 134 destinations (in 121 cities) in 48 countries by 45 airlines – the aviation connectivity of Hungary has never been this extensive. Last year was also unique in the sense that for the first time no less than 4 direct trans-Atlantic routes were available to passengers during the summer season with LOT Polish Airlines flying to New York and Chicago, Air Canada connecting to Toronto, and American Airlines offering daily flights to Philadelphia. While LOT continues to fly during the winter, Air Canada and American Airlines will return in the summer season of 2019 with daily flights.

Not only long-haul routes produced results exceeding expectations, but all segments of aviation performed well. Qatar Airways introduced a daily flight with a wide-body aircraft (Airbus A330) on the Doha-Budapest route, and also added two narrow-body connections a day through Qatar during the summer peak season. Wizz Air and Ryanair also grew their network significantly; the two airlines carried almost 49 % of the total BUD traffic in 2018. EasyJet, Aeroflot, and Turkish Airlines also had an increased number of passengers.

In 2019 the number of new destinations is expected to grow further, LOT will open daily two flights to London City Airport in February, Transavia will fly to Nantes, Ryanair will have Cork, Cagliari (Sardinia), Bari, and Seville in the summer of 2019, and China Eastern are expected to confirm a new flight from Shanghai to Budapest from June. The share of non-Schengen traffic grew from 35 % to 37 % in 2018 in Budapest, so the opening of Pier B serving these flights was a very timely investment at Liszt Ferenc International Airport.

“Our infrastructure investments go hand-in-hand with the growth of both passenger traffic and cargo volumes. The new 10 000-square-meter Pier B handed over last year has largely increased the comfort of our passengers flying to and from the non-Schengen destinations,” said Jost Lammers, CEO of Budapest Airport. He also added: “We are planning a whole new series of investments into the airport infrastructure by the year 2024 ranging up to 700 million Euros, including the design and construction of a brand new terminal building next to the existing Terminal 2. This year we will hand over the new Cargo City of 20.000 square meter warehouse area that will better serve the needs of the Hungarian export-oriented economy and the logistics companies behind them.”

Budapest Airport has already launched a program of internal improvements at both Terminals 2A and 2B in the last two years to increase passenger comfort. In the first half of this year two more world class passenger security lanes will be installed; washrooms, lounges and passenger waiting areas will be refurbished, enlarged or their capacity will be increased.

Budapest Airport already invested more than 450 million Euros (145 billion HUF) into developing and modernizing the airport and its infrastructure in the last 12 years. The flagship project was the construction of a new central terminal building called SkyCourt connecting Terminal 2A and 2B with state-of-the-art passenger security control and baggage systems.