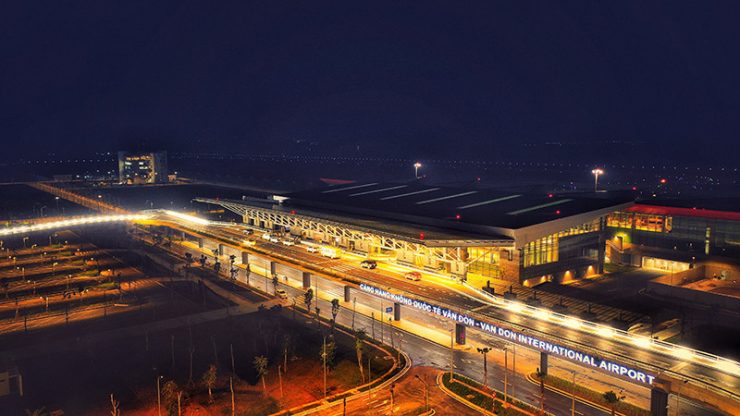 This is the first ever international airport in Vietnam to be developed by a private company, namely, Sun Group — the country’s premier developer of tourism, leisure and entertainment-focused properties and projects.

With a total investment of VND7.463 billion (US$310 million), the airport was constructed with the assistance of NACO (Netherlands Airport Consultants), one of the world’s leading airport consultancy and engineering firms.

Besides being equipped with the latest airport technologies in the main terminal, and a state-of-the-art runway, the new airport features a beautiful design inspired by the heavenly Halong Bay, which is just 50km away.

As a new gateway for both domestic and international travellers coming to the UNESCO World Heritage Site of Halong Bay, the airport will receive an estimated 2 to 2.5 million passengers annually for the next two years and five million per year by 2030.