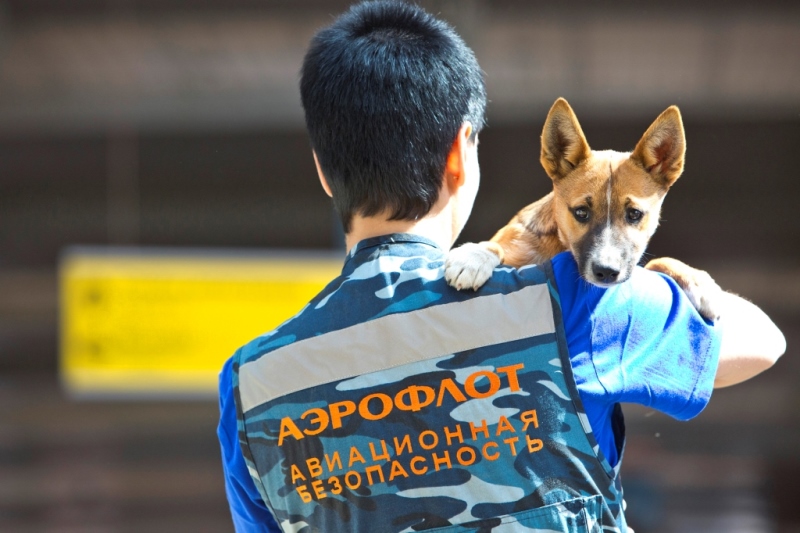 Aeroflot has registered its own Shalaika breed of sniffer dogs with the Russian Cynological Federation. The official presentation of the dogs took place at Sheremetyevo International Airport’s Terminal B and was attended by the breeder of the Shalaika dogs, Klim Sulimov, and members of the cynology community.

The dogs were presented by Aeroflot’s Deputy Head of Aviation Security Azat Zaripov, and Deputy CEO of Sheremetyevo Security Alexander Shalov, who talked about how the airline and the airport use dogs to ensure safety both on the ground and on board aircraft.

The Shalaika is a Russian jackal-dog hybrid originating from an initial cross-breed of two Lapponian Herders and two Turkmen golden jackals. The breed was developed for Aeroflot’s security by Klim Sulimov, a renowned Russian biologist, and since 2001 Shalaikas have supported the airline’s dog service as sniffer dogs. As of today, Aeroflot has around 50 dogs.

Building on the successes of its dog service, Aeroflot introduced olfactory monitoring – a hardware and software system that includes special gear for dogs to help identify the nature of substances they detect and transmit information to an operator’s computer.

Aeroflot’s dog service is a regular award-winner. In December 2018, the airline became the first transportation company to win the Biotechnology and Genetic Engineering category at the Innovation Time Awards for its international prize-winning “Aeroflot. Sulimov Dogs” project. The airline’s “Sulimov Dogs” Facebook project also took the awards for Travel and Tourism, Digital Media Relations and Community Engagement at the IPRA Golden World Awards.

In 2019, Aeroflot will present the Shalaikas and the olfactory monitoring system at the Eurasia 2019 international dog show.