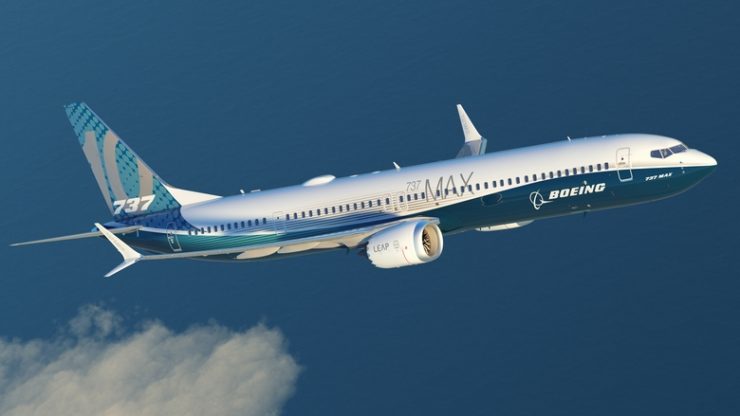 Delivery of the first MAX 8, assembled in Renton, Wash. and completed in China, comes 20 months after construction began at the 100-acre site. The 737 Completion and Delivery Center is the first such Boeing facility outside of the United States. The facility has been built in partnership with the Zhejiang Provincial and Zhoushan Municipal Governments and will become fully operational in phases as capacity is expanded over time.

“This moment signifies our growing partnership with China that stretches back over nearly half a century,” said Boeing Commercial Airplanes President and CEO Kevin McAllister. “We’re proud of our long relationship with the Chinese government, airlines and industry partners and the trust they place in Boeing.”

Boeing 737 MAXs for Chinese airlines will be flown from Seattle to Zhoushan, where the joint Boeing-COMAC Completion Center will complete interior work on the airplanes. The statement of work will gradually expand to include painting with the addition of three paint hangers.  Once completed, airplanes will move to the adjacent Boeing-operated delivery center for customer acceptance activities and delivery formalities.

“Congratulations to Boeing for delivering the first 737 MAX from Zhoushan,” said Zhao Yuerang, president of COMAC. “This is a significant milestone of Boeing’s efforts to deepen its footprint in China, as well as to support the growth of China’s airline industry, opening an era of the collaboration between the two airplane manufacturers of us.”

The facility, which covers 666,000 sq ft in total, is designed to support the entire 737 MAX family of airplanes, from the long-range MAX 7 to the high-capacity MAX 10.  With about one third of all 737 deliveries going to Chinese customers, the Zhoushan facility will enable Chinese airline customers to update and expand their fleets with the most technologically-advanced Boeing single-aisle airplanes available. In addition, the business and the partnerships Boeing is developing in China are integral to adding capacity and aerospace jobs in the U.S

China is on course to become the largest commercial aviation market in the world.  Boeing’s latest Commercial Market Outlook forecasts that China will need 7,680 new airplanes worth $1.2 trillion USD over the next 20 year and another $1.5 trillion USD in commercial services to support the country’s growing fleet of airplanes.

As of 2nd August, Lufthansa guests traveling in Economy Class on select long-haul flights will have the option of booking a Sleeper’s Row at the check-in or at the gate, before their flight. With this new attractive...

WestJet launches its new route between Calgary and Charlottetown with the departure and arrival of flight 630 and flight 631 between the communities. The new non-stop flights directly link Western Canada to Prince...