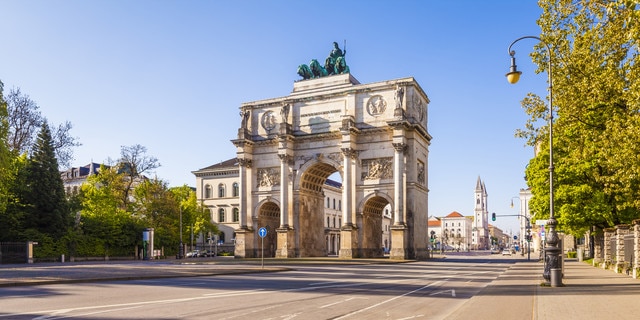 The hotel will be part of the new area “Macherei”, which will undergo a total transformation, from current industry area to an urban and vibrant neighborhood with space for art and culture, modern offices and open meeting and communication zones. It is located close to the city center and well-connected to the airport and the Neue Messe München exhibition center. Scandic Munich Macherei is designed by New York architects HWKN Hollwich Kushner and will be inspired by typical former developed industrial areas such as Brooklyn in New Yorkand is expected to open in 2021.

The hotel will encompass ca. 11,000 m2 and have 234 rooms. Scandic Munich Macherei will also offer an attractive restaurant and a roof-top bar to create a local social pulse and a vibrant event scene.

Scandic has four hotels in operation in Germany – two in Berlin, one in Hamburg and one in Frankfurt and a second Scandic hotel will open in Frankfurt in 2021. Expanding to Munich confirms the company’s German focus and strategy and the new hotel will be an important addition to Scandic’s hotel portfolio.

– Scandic Munich Macherei is in line with Scandic’s strategy to expand in the largest cities in Germany. Munich is a sought-after city for hotel developments and we are proud to be part of this project that will further raise the awareness of Scandic in Germany, says Even Frydenberg, President & CEO, Scandic Hotels Group.

– We are extremely pleased to complement and diversify our existing portfolio in Germany through a new hotel in Munich, one of the most attractive hotel markets in Germany, says Michel Schutzbach, Country Manager Germany at Scandic Hotels Europe.

– We believe that in Scandic we have found a perfect partner for this project. Scandic has a successful track record of operating prestigious hotels in Germany and will bring a new design edge to the city. We’re very happy to have entered this agreement and are hoping for future projects together, says Dr. Peter Ebertz at Art-Invest Real Estate.