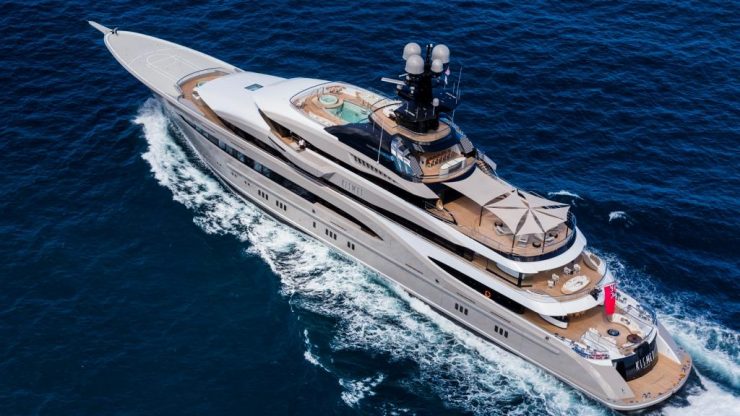 Four Seasons Hotels and Resorts will present the third installment of its original global event series in Miami aboard KISMET, a custom designed 95 metre (312 foot) superyacht. The latest Four Seasons Pop Down comes hot off the heels of transforming a former Philadelphia high school into a surreal rooftop garden.

A one-night, invitation-only experience, featuring a special DJ set by Questlove, will be held on December 7, 2018 aboard KISMET docked at Island Gardens Marina.

As part of the Four Seasons Pop Down Miami experience, from December 4 to 9, 2018, members of the public are invited to witness the debut of the latest Skynet artwork by Patrick Shearn and his Poetic Kinetics team, presented by Four Seasons. The art installation, titled Glass Horizon, is the first of the artist’s renowned series to appear on the east coast and will be a must-see public installation for art lovers at Island Gardens Marina. Onlookers are encouraged to experience, enjoy, and share using the #FourSeasonsPopDown and #GlassHorizon hashtags. Public hours are December 4, 2:00–6:00 pm, December 5 through 8, 10:00 am – 6:00 pm, and December 9, 10:00 am – 2:00 pm.

The Art of Hospitality

During the one-night only event on December 7, 2018, two-storey video walls on board KISMET will display in time lapse images the artistic process of celebrated Barcelona-born artist Ignasi Monreal, whose work is featured in Four Seasons: The Art of Hospitality. The brand’s newly launched coffee table book from Assouline Publishing showcases playful and evocative digital paintings inspired by the people of Four Seasons.