Four Seasons Golf and Sports Club Orlando will be the host venue for the inaugural Diamond Resorts Tournament of Champions Presented by Insurance Office of America. The four-day tournament, taking place January 17-20, 2019 and played on the Tranquilo Golf Course, will be nationally televised on Golf Channel on January 17 and 18, and on NBC on January 19 and 20. 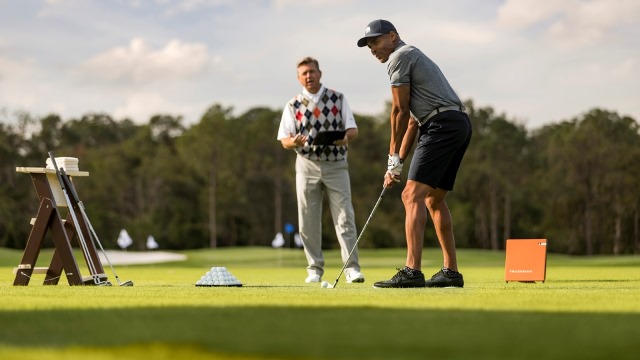 The event officially kicks off the 2019 LPGA Tour season by bringing together the world’s top women golfers to play alongside world-class celebrities. Stakes will run high as only LPGA winners from the past two seasons will qualify to compete for USD 1.2 million in official prize money. While the LPGA pros play 72 holes of stroke play with no cut, top-tier athletes and entertainers will be on the course competing using a modified Stableford scoring format for a separate USD 500,000 purse. During the event’s pro-am, ten amateur golfers will qualify to play side by side with the professionals during official tournament rounds.

“We are thrilled to have the opportunity to work with Diamond Resorts for the third year in a row by hosting their prestigious tournament at Four Seasons Golf and Sports Club Orlando,” said Thomas Steinhauer, General Manager and Regional Vice President of Four Seasons Resort Orlando.

Proceeds from the event’s live and silent auctions will directly benefit nominated charities. In just four years, the tournaments have helped raise more than USD 3.1 million for charity. One-day and four-day grounds passes for the tournament can be purchased online.

Tranquilo Golf Course at Four Seasons Resort Orlando is a Tom Fazio designed par 71 course that plays to 6,901 yards.  In December 2017, the golf course unveiled a USD 2.5 million renovation to its practice facility, making it one of the most comprehensive practice facilities in Central Florida.  Home to abundant wildlife, the course is certified by the Audubon Cooperative Sanctuary program for golf by the National Audubon Society.

For those who wish to enjoy all that Four Seasons Resort Orlando has to offer, the Bobby Jones Golf and Spa experience package includes a daily USD 100 Resort credit toward either a golf lesson, round of 18 holes of golf at Tranquilo Golf Course, or a treatment at The Spa; a USD 100 one-time credit toward a Bobby Jones purchase from the Golf Shop, plus a deluxe coffee table book, The Legend of Bobby Jones: The Greatest of Them All.