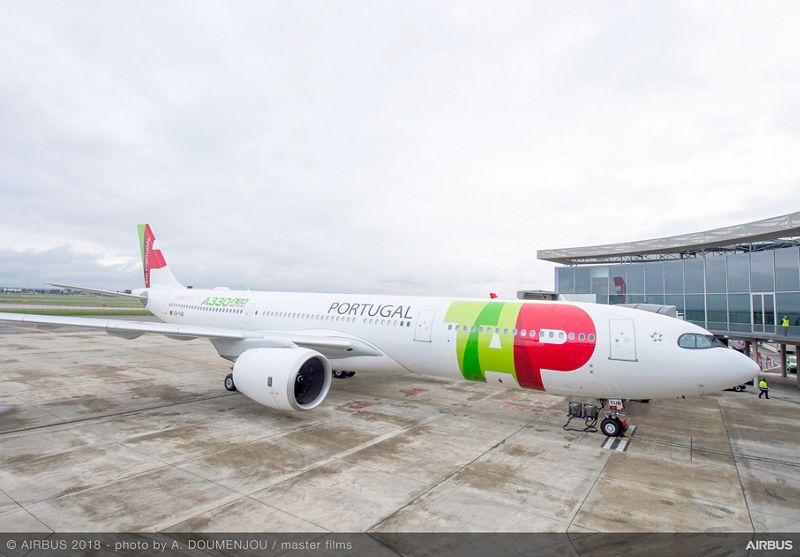 TAP Air Portugal has taken delivery of the world’s first new-generation widebody A330neo and, as the launch airline, will be the first to benefit from the aircraft’s unbeatable operating economics, increased range, and Airbus’ new Airspace cabin offering passengers the best in class comfort. The Portuguese carrier will take delivery of a further 20 A330-900s in the coming years.

TAP Air Portugal’s first A330-900 is leased from Avolon. It features 298 seats in a comfortable three-class lay-out with 34 full-flat business class, 96 economy plus and 168 economy class seats. The Airspace by Airbus cabin offers more personal space, larger overhead storage bins, advanced cabin lighting and the latest-generation in-flight entertainment system and connectivity. The aircraft will be deployed on routes from Portugal to the Americas and Africa.

The A330neo is a true new-generation aircraft building on the A330’s success and leveraging on A350 XWB technology. It incorporates the highly-efficient new-generation Rolls-Royce Trent 7000 engines, and a new higher span 3D optimised wing with new Sharklets fully optimised for the best aerodynamic performance. Together these advances bring a significant reduction in fuel consumption of 25 percent compared with older-generation competitor aircraft of a similar size. Moreover, new composite nacelles, a fully faired titanium pylon and zero-splice air inlet technology provide the A330-900 with state-of-the-art aerodynamics and acoustics.

The A330 is one of the most popular widebody families ever, having received over 1,700 orders from 120 customers. More than 1,380 A330s are flying with over 128 operators worldwide. The new A330neo is the latest addition to the leading Airbus widebody family, which also includes the A350 XWB and the A380, all featuring unmatched space and comfort combined with unprecedented efficiency levels and unrivalled range capability.