Ponant and Chantiers de l’Atlantique have tested an innovative sail system on Le Ponant. The new sail system made its debut on the Ponant’s flagship on October 31. 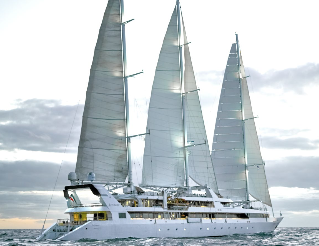 Two patents have been filed—in 2009 and 2017—for the new type of sail, made of fibreglass, carbon and epoxyresin
panels in a carbon-slat frame. This new technology will significantly reduce energy consumption tied to propulsion, and thus considerably reduce the environmental impact.