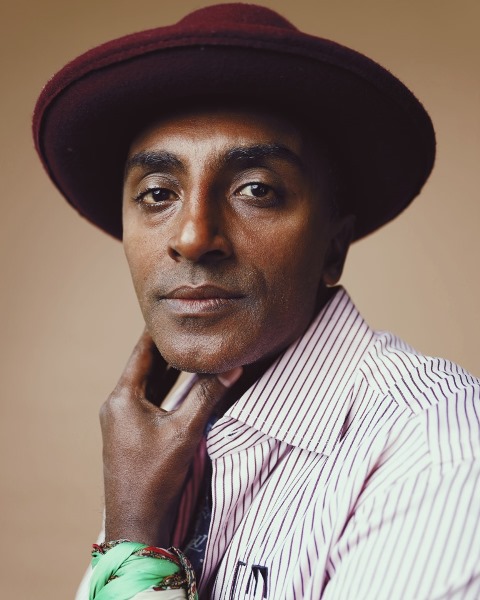 Renowned Chef Marcus Samuelsson is partnering with the new Four Seasons Hotel Montreal with Marcus, a new-concept restaurant and bar that will bear both his name and his unique culinary perspective as he marks his debut in Canada.

Marcus takes the traditional idea of a brasserie in exciting new directions with a focus on sustainable seafood including a raw bar, plus local vegetables, greens and grains.  So often inspired by the communities that surround his restaurants, local gourmands can expect more than a few familiar yet surprising choices on Chef Samuelsson’s carefully crafted menus.

Working closely with local growers and producers, Marcus will offer the inspired menus Chef Samuelsson is known for, menus that reflect his culinary journey from his Ethiopian roots and Swedish childhood to the cultural mosaic of his home in New York City.  As always, art and music are tightly-woven within the experience he creates, both in the dining room and on the plate.

Montreal designers Atelier Zebulon Perron have conceived a series of spaces that flow freely through the 3rd floor lobby level of Four Seasons Hotel Montreal.  Entering through the Hotel’s reception area or via elevators opening directly into the lounge area, guest will find casual chic settings to dine, drink and meet both indoors and outdoors.  Seamlessly integrating into the surrounding luxury ecosystem with the Golden Mile Square, the space may also be reached through Holt Renfrew Ogilvy, which is directly connected to Marcus and the Hotel.

Open daily for breakfast, lunch and dinner, and offering night service and weekend brunch, Marcus will offer seating for approximately 95 in the main dining room, 100 on the terrace, and 130 in the bar and lobby lounge. The 168-room Four Seasons Hotel Montreal is located downtown on Rue de la Montagne at Boulevard de Maisonneuve.

Openings of both Marcus and Four Seasons Hotel Montreal are anticipated in spring 2019.