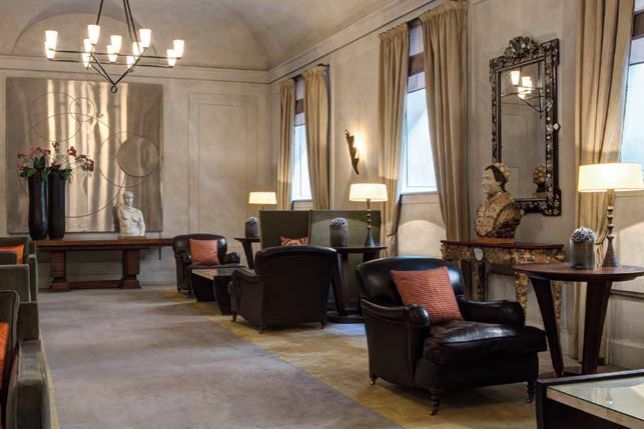 This acquisition is a further step in the most ambitious expansion programme in the group’s history, with five new luxury properties due to open within the next two years bringing the Rocco Forte Hotels collection from 11 to 16 properties.

In what will be the group’s most exciting development, four properties will be located in Italy and one in China.

The Italy openings include:

In China, the group will be opening the Westbund Hotel in Shanghai in 2019.

Over the last 22 years, Sir Rocco Forte and his family have built and nurtured a group of prestigious, iconic hotels, all of which rank regularly at the top of the world’s leading hospitality awards. Hotels in the portfolio include the famous Brown’s Hotel in London, the landmark Hotel de Russie in Rome and Hotel Astoria, a celebrated Art Nouveau building in the heart of St Petersburg.

With 11 existing hotels in Belgium, Russia, the UK, Germany, Italy and the Middle East, the group’s expansion plans are the first stage of a longer-term strategy to extend its network of hotels across Europe and key destinations around the world

The expansion programme, the biggest since the group was founded by Sir Rocco in 1996, builds on record financial results for the year ended 30 April 2018, with revenues exceeding £200 million.

Rocco Forte Hotels is also generating exceptional levels of revenue per available room (RevPAR) which rank amongst the best in the world, up 10% over the previous year on a constant currency basis. Customer service ratings of almost 90% are a further endorsement of the staff quality and the thoughtful training programmes in place. The group also maintains its world-class standards with a continual reinvestment in its properties, spending approximately £18 million annually on refurbishment.

The group’s winning strategy and positive results have attracted a number of strong international financial partners keen to support the ongoing development of the brand. Rocco Forte Hotels’ core partner Cassa Depositi Prestiti of Italy acquired a 23% shareholding for £60m in 2015 and is a strong supporter of Italian development. Lloyds’ Bank of Scotland has solidly supported Rocco Forte Hotels for 21 years and has recently agreed a new ten year debt facility for £158m.

The Forte family’s Italian heritage gives them a unique understanding of luxury hotels in Italy. The group already operates the renowned Hotel de Russie in Rome, the Verdura Resort in Sicily and the Savoy Hotel in Florence, which underwent a major renovation last year. These hotels rank as the most successful in the country.

Over the last few years, the Verdura Resort has helped to establish Sicily as a luxury destination for the most discerning international visitors. This trend will be reinforced with the construction of 20 luxury villas adjacent to the resort as well as the prospective refurbishment of the 100-room luxury destination, the Grand Hotel Villa Igiea in Palermo.

The new Hotel de La Ville in Rome will be the most exciting new opening in the capital, featuring 109 rooms and suites, three unique restaurants and spectacular views.

Next year also sees the debut of a brand new concept, Rocco Forte House, initially launching with 5 private suites in an 18th century palazzo opposite the Spanish Steps in Rome. Rocco Forte House will offer guests a tailored experience with all the personalized services of a luxury hotel.

The Masseria Torre Maizza in the picturesque area of Savelletri di Fasano will become one of Puglia’s leading hotels, after a careful refurbishment by Olga Polizzi.