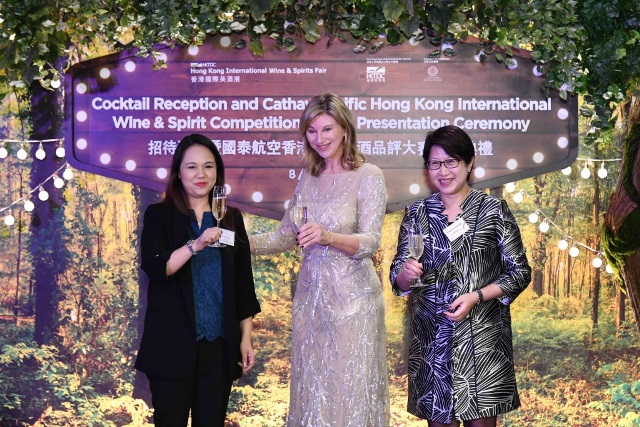 47 trophies were awarded in 2018. The top-performing countries in the trophy category were Australia picking up nine trophies, France with six and Japan scoring five trophies.

1706 medals awarded in total (583 bronze medals, 970 silver and 156 gold), and while there was a wide spread of winners some countries performed particularly well this year. 15 Green Awards were also bestowed, recognising gold medal and trophy winners who are certified organic, biodynamic or sustainably produced via their national certification board.

France saw a major leap in its entries and medal haul, gaining 86% more medals than 2017. Having dominated the Asian market for decades, with the rise in prominence of new markets, like Australia, Italy and New Zealand, France’s effort to hold prominence is clear.

The quality of wines from Portugal, Argentina and Chile is certainly on the rise in the Asian market – evidence of the premiumisation trend. Having dominated the entry-level market for a number of years, the focus on more premium and mid-level wines saw Portugal’s entry numbers on par with 2017, yet a 25% rise in medal numbers, while Argentina’s medal haul rose 50% versus last year, with a 20% rise in entry numbers. South Africa too confirmed its high-quality presence on the Asian stage with 60% more medals.

Austria, Greece and New Zealand bagged around 35% more medals each, while USA, Japan and Portugal added to their 2017 medal tallies by around a quarter.

New to the line-up of trophies in 2018, “Best Wine from Georgia” was awarded to Château Mukhrani Réserve Royale Red. Also a top performer for Eastern Europe was the Czech Republic, seeing more than 100% rise in its entries and medals.

Celebrating its tenth anniversary in 2018, the HK IWSC saw both record entries from a total of 35 countries (over 500 appellations represented) as well as a record-breaking judging panel with 58 judges hailing from 13 Asian cities. In line with its 2018 theme of “Sustainability in the Wine Industry”, 2018 also saw the introduction of the Green Wine Awards, recognising top quality wines which are certified sustainable, biodynamic or organic by their local certification body.

The full official HK IWSC trophy and medal results, including trophies for international grape varieties, best national wines, best styles, spirits and more, were revealed at a gala awards ceremony on the opening night of the Fair, on 8 November.

Wine professionals and the public can meet the HK IWSC team and a selection of judges and taste a variety of winning wines at Hong Kong International Wine & Spirits Fair, from 8-10 November at the Hong Kong Convention and Exhibition Center at 3F-B13.

Full results are available at www.hkiwsc.com on 8 November.