Last night, Heathrow welcomed the first UK flight arriving directly from the Chinese economic powerhouse and megacity of Shenzhen. Operated by Shenzhen Airlines, this thrice-weekly service will transport up to 96,408 passengers a year and 3,120 tonnes of annual exports and imports to the city known as China’s tech hub. 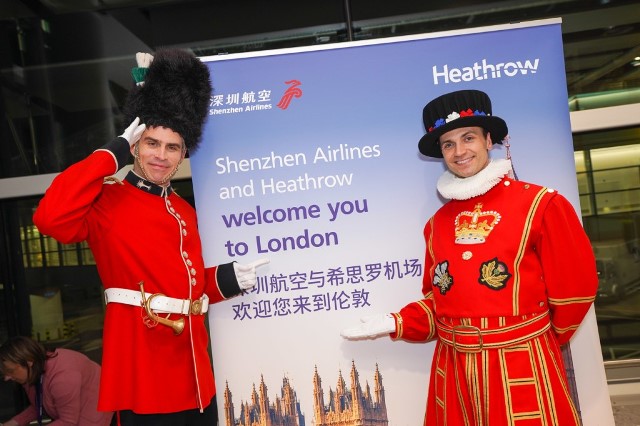 The new route is the latest in a growing list of new Chinese routes announced by Heathrow this year. Over 2018, Heathrow has more than doubled its existing direct connections to China – growing the network from five destinations at the start of the year (Hong Kong, Shanghai, Beijing, Guangzhou, Qingdao) to 11 with the addition of Chongqing, Wuhan, Sanya, Changsa, Xi’an and now Shenzhen.

Located just over the border from Hong Kong, and only a short high-speed rail ride away, Shenzhen has a population of over 12 million people and one of the highest GDP per capita of any city in China. Home to tech giants like Huawei and Tencent (owner of social media tools WeChat and Weibo), Shenzhen is known as China’s own Silicon Valley.