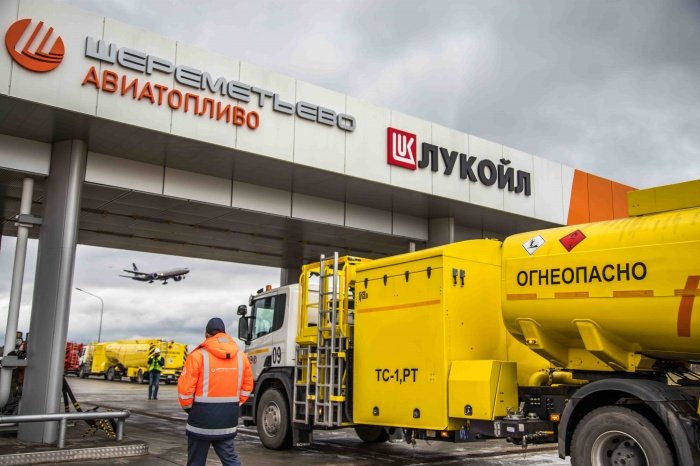 The project of the third fueling facility was implemented by AERO-Sheremetyevo JSC (a joint venture of LUKOIL-AERO LLC and Sheremetyevo International Airport JSC) as part of Sheremetyevo’s Long-Term Development Program.

The capacity is 1.2 million tonnes of jet fuel per year, the nominal volume of the tank battery is 20,000 cubic meters with the possibility of increasing to 25,000 cubic meters.

The hydrant system of the centralized aircraft fueling system at the apron of Terminal B of the North Terminal Complex Sheremetyevo has 49 hydrant columns, which provide the ability to refuel all types of aircraft at 27 parking aprons of single-aisle aircrafts.

The hydrant system is equipped with modern systems of emergency protection and automation, detection and control of leaks, gas pollution control in process chambers, and electrochemical corrosion protection.

The hydrant system fully complies with Russian and international safety requirements. From October 18 to October 19, 2018, representatives of KLM Royal Dutch Airlines were audited in Sheremetyevo for mandatory testing of new filling complexes for compliance with international standards and IATA Fuel Quality Pool rules. This resulted in a highest score — the green color for the AERO-Sheremetyevo fueling facility at the official IATA online resource.

Thus, Sheremetyevo became the only airport in Russia with three independent fueling facilities, which made it possible to create favorable conditions for the further development of the competitive environment in the local jet fuel market. The existing fueling infrastructure of Sheremetyevo is guaranteed to provide high-quality fuel to air carriers at the best market conditions, providing airline carriers with an effective base, operating and economic activities.

Finland Has Least Congested Roads in the EU