Mexico Prepare for the Day of the Dead

As Mexico prepares to celebrate the Day of the Dead, visitors from around the world are invited to experience this unique holiday. Every corner of the country, from the island of Janitzio in Michoacán, passing through the towns of Chiapas and the great Zócalo of Mexico City, will be dressed in color and tradition waiting for millions of visitors who seek to participate in one of the most spectacular celebrations that exist.

Named Intangible Cultural Heritage of Humanity in 2008 by UNESCO, the Day of the Dead is an unforgettable experience for both visitors and locals alike. It is an ancestral legacy inherited from different pre-Hispanic cultures combined with the celebration of the Catholic All Saints’ Day and is observed from the end of October through the first week of November. Based on popular belief, the deceased return each year to visit their relatives and coexist with the living to enjoy their offerings such as favorite foods and drinks.

The Day of the Dead in Mexico is one of the most important celebrations in the world and it attracts more than 7.5 million international tourists each year who wish to experience its cultural and gastronomic traditions. According to figures from Mexico’s Secretary of Tourism (SECTUR), the celebrations of November 1 and 2 will result in a revenue of more than US$208 million for the tourism industry.

The set of practices and traditions that occur in the country for this holiday, both in cities and smaller towns, are mainly located in states such as Aguascalientes, Guanajuato, Michoacán, Oaxaca, Puebla, San Luis Potosi and Mexico City.

With more than one kilometer (0.6 miles) in length, and with the states of Aguascalientes, Oaxaca, Michoacán and San Luis Potosi as special guests, the traditional Day of the Dead Parade will be held in Mexico City for the third time on Saturday, October 27, 2018. Larger-than-life skulls, floats and catrinas will flow through the Paseo de la Reforma from the monument of La Estela de Luz to the capital’s Zocalo, which will become the scene of mega offerings for the deceased. There will be free concerts of rock, jazz, blues and traditional Mexican music to conclude a day full of colors and flavors.

Last year, the parade had more than one million attendees and more than 1,500 volunteers responsible for filling the streets of the city with energy and joy. Many volunteers came from different parts of Mexico and beyond. This year, nearly 2,000 organizers and volunteers are expected.

Day of the Dead beyond MexicoAs part of the promotional actions carried out by the MTB and SECTUR this year, the Day of the Dead traveled beyond the country with its “Heart of Mexico” activation that brought the festivity to various cities in North America and Europein order to inform and create excitement for this thousand-year-old celebration. Unique personalities such as El Charro, Frida and Diego visited iconic landmarks and monuments around the world, including Central Park in New York City, the CN Tower in Toronto, the Victory Column in Berlin and the Eiffel Tower in Paris. “Heart of Mexico” is an invitation for the residents of these cities to travel to Mexico and experience first-hand what the tradition of Day of the Dead has to offer.

New York City will also have a local taste of the celebration at the American Museum of Natural History on November 2nd and 3rd. Together with the state of Oaxaca and MTB, the museum will house altars dedicated to extinct animal species, as well as a handcraft market, dances, music, and artisanal demonstrations as visitors learn about Oaxaca and how the Day of the Dead is celebrated in this iconic New York cultural institution.

More about the Day of the DeadIn Mexico, death is considered part of the cycle of life and has been celebrated since pre-Columbian times. For example, in Aztec mythology, the deceased embarked on a long journey before reaching Mictlán, the region of the dead.

The various elements and rituals associated with the celebration make the Day of the Dead unlike any other holiday in the world. Families create altars in their homes and offer the favorite foods and objects of sentimental values and memories to the souls of their loved ones. Typical objects at the altar include the characteristic cempasuchil flower and the delicious Pan de Muertos.

Traditions vary in all regions and some are unique to Mexico’s states and cities.

Mexico the sixth most visited country in the world

Celebrations such as the Day of the Dead have placed Mexico as one of the favorite destinations of international tourism. The country registered an arrival of 39.3 million international visitors during 2017, making it the sixth most visited country in the world according to the United Nations World Tourism Organization (UNWTO). Last year, Mexico airports received 637,700 domestic and international flights that transported 68 million people. This figure represented an increase of 2.2% in flights and an increase of 9.3% in passengers compared to the previous year.

Day of the Dead Mexico

From the Office to Any “Office”: Digital Nomads Turn to Airbnb

Packing your belongings and taking up a nomadic lifestyle has been a dream for many for quite some time, and some have turned those dreams into realities using Airbnb to live in and work in different locations...

Night Buses in Madrid Will Stop on Demand

In the Autonomous Community of Madrid, which, in addition to the Spanish capital, includes several dozen other cities, night buses will stop on demand. This opportunity can be used by women, children, and teens. This... 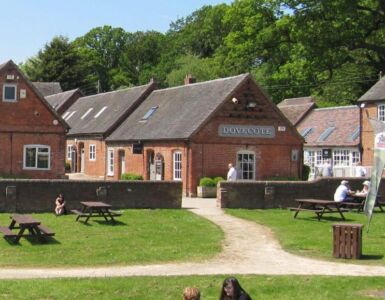 Hatton Shopping Village, the quintessentially English shopping village, is to host two exciting events this autumn which will take place in a COVID safe environment. The Shopping Village has installed measures that...