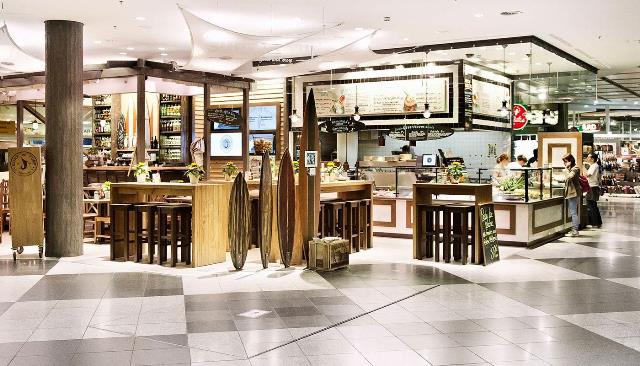 Munich Airport Partners with “Too Good To Go”

Avoiding food waste and saving money – while promoting sustainability: Allresto, the Munich Airport subsidiary responsible for most of the airport’s food and beverage operations, has launched a pilot project to test a new app: “Too Good To Go”. This digital platform lets airport visitors, passengers and employees order surplus food prepared by restaurants and other food service establishments at special reduced prices for pick-up between 8 and 9:30 pm. The first restaurant at Munich Airport to join the pilot project is Surf & Turf (photo) in the Munich Airport Center (MAC).

The app is the brainchild of a Danish start-up and is now up and running in nine countries. So far more than 10,000 food service locations and over 5 million users have been won over by the idea of reducing waste by selling extra food at reduced prices. After logging on, users see a list of participating stores with appetizing offers in their area, including prices. The app also processes orders and payments. When an order is placed, the meal is ready for pick-up at the store or restaurant location within the indicated time window.

The responsible treatment of resources and climate protection are central priorities under Munich Airport’s corporate strategy. In that context, the airport has a diverse range of measures . In particular, it has set the target of achieving carbon-neutral airport operations by 2030. “Too Good To Go” is the latest building block in the airport’s sustainability concept, and is simple enough to be expanded quickly and easily to other restaurants and cafés at the airport. 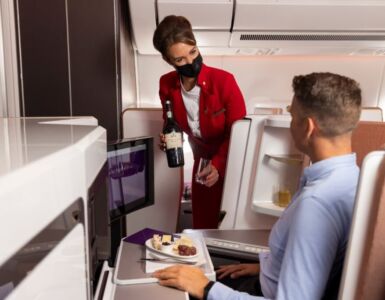 If you’re planning to jet off with Virgin Atlantic soon, take a peek at its brand new onboard menu. Since passenger flying restarted in July 2020 the airline simplified its onboard service to minimise interaction...

The long-awaited arrival of the MICHELIN Guide marks a recognition of the rapid development in gastronomic culture in Russia over the past 30 years. The unique history and traditions of the region, formed by the variety...

Hotel de Rome, a Rocco Forte hotel in Berlin’s Mitte district, is delighted to announce the opening of CHIARO restaurant on 25 October. In collaboration with popular TV chef Tim Mälzer, Chiaro will present a lively...