The Most Luxurious Cinema Experience in the World

Emaar Entertainment, the pioneer of innovative entertainment, leisure and retail concepts, and a business of global developer Emaar Properties, is redefining the luxury cinema experience with its Reel Cinemas in Dubai. 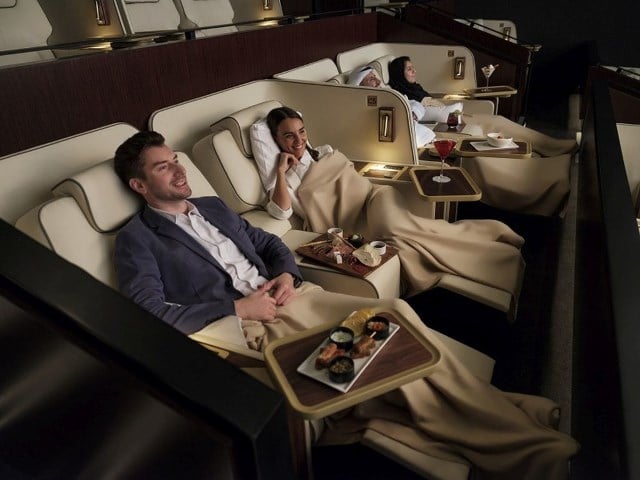 Reel Cinemas has brought never-before-seen experiences to the world by elevating its cinemas to the next level of operational excellence, technology innovation, luxurious amenities and the highest standards of service. These are also driven by several global-first partnerships including with Dolby Cinema, ScreenX and its association with international restaurateur Guy Fieri.

Recently, the all-new Reel Cinemas – The Dubai Mall, located in the world’s most visited retail and leisure destination, was unveiled, marking a new era in cinema entertainment. It has several innovative firsts: The Platinum Suites that offer superlative standards of in-cinema luxury including personalised butler services; a Dine-in Cinema with Guy Fieri’ssignature menu; a stand-alone 170-seater Guy Fieri’s Kitchen; stunning viewing with Dolby Cinema and the first ScreenX in the Middle East. With Barco Laser Projectors and Dolby Atmos, viewers are assured of exceptional experiences.