Starting October 1st 2018, Air France is for the first time entrusting the creation of two signature dishes per month in the La Première cabin to Jean-François Rouquette, the famous Michelin-starred head chef at the Park Hyatt Paris-Vendôme hotel. 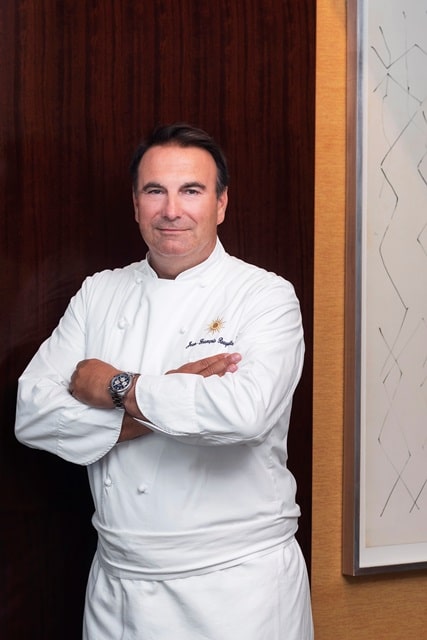 For even more culinary delights throughout the Air France network, La Première customers will be able to enjoy the chef’s creative and refined dishes on flights from New York (United States), Tokyo (Japan) and Shanghai (China) to Paris. His culinary creations, inspired by his travels around the world, can be enjoyed until March 2019.

On departure from New York – JFK

On departure from Tokyo-Haneda and Tokyo-Narita

On departure from Shanghai

Jean-François Rouquette, from the Aveyron region of France, made his mark in the kitchens of the greatest French restaurants such as Hôtel de Crillon or the Taillevent in Paris, and Martinez in Cannes. He has been head chef at the Park Hyatt Paris-Vendôme hotel since 2005.