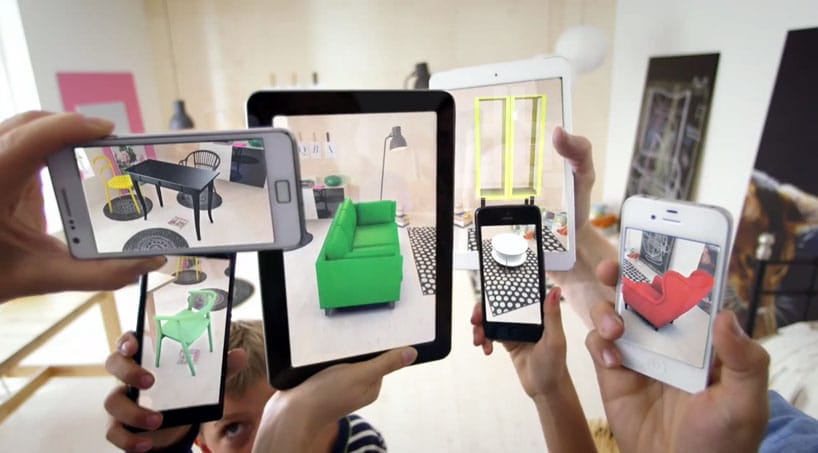 What do lab-grown meat, a holographic museum guide and a supercharged version of Amazon’s Alexa have in common? They’re all breakthrough emerging technologies that are likely to shape our lives in the near future, according to a list published by the World Economic Forum. Selected by a panel of scientists and experts, each one has been identified as having the potential to be disruptive by altering deep-rooted practices or shaking up whole industries.

While we’ve all heard how technologies like artificial intelligence and quantum computing are set to transform our everyday lives, the coming change can seem like a nebulous concept that’s hard to define. In this list, experts seek to pinpoint the breakthroughs that will take effect within three to five years.

Here are the Emerging Technologies generating the most excitement among experts this year:

Overlaying information and animation on to real-world images is set to go mainstream. While the technology isn’t new – many of us have used a car display with guides to aid parking or played the game PokémonGo – it’s set to take a leap forward in terms of sophistication and everyday use. In the future, augmented reality will help surgeons visualize tissues beneath a patient’s skin in three dimensions and conjure up holographic-like guides to take you through a museum.

Advanced diagnostic tools are set to tailor your medicines to you, detecting and quantifying multiple signs of a disorder to decide how likely you are to contract a disease. Several advanced diagnostic tools are already in use for cancer. One helps women with certain types of breast cancer avoid chemotherapy. It can also be used to diagnose endometriosis, without the need for surgery, as well as brain disorders, like autism, Parkinson’s and Alzheimer’s, that are currently diagnosed by an assessment of symptoms.

The days of science relying on educated predictions – or guesses – to create new drugs and materials may become a thing of the past as artificial intelligence takes over. Instead of messy experiments, machine-learning algorithms will analyse all known past tests, discern patterns and predict what new molecules are likely to work. As well as speeding up the process and reducing chemical waste, it will help the pharmaceutical industry identify and develop new drugs at a rapid pace.

If you’re becoming reliant on Siri and Alexa to switch on your music or give you the weather forecast, you’ll soon be able to access far more sophisticated digital aides. Powered by AI, the latest technology will mine the cloud and outline various arguments on topics that are important to you, without prior training. And it’s not difficult to think of all the ways this technology could help in the workplace: for example helping doctors find research relevant to a complicated medical case and then debating the merits of the different ways of treating it.

For people who have to take medicine regularly, the idea of having a tiny drug factory implanted in the body is probably very appealing. At some point in your life, you’ve probably needed to take a course of drugs and struggled to remember when to take them. Until now, implant use was limited because users also needed to take immune-suppressing drugs to prevent their bodies from attacking the implant. Now, this technology is sophisticated enough to work without being rejected by the immune system and could transform the treatment of long-term conditions, such as cardiovascular disease, tuberculosis, diabetes, cancer and chronic pain.

Changing genes knowingly can be controversial and often goes hand-in-hand with ethical questions. And while gene drives – natural or engineered genetic elements that spread through populations quickly – are no different, they offer enormous power to fight disease or eliminate species of pests such as mosquitoes that transmit malaria. Such efforts got a shot in the arm in recent years with the introduction of CRISPR gene-editing, which makes it easy to insert genetic material into specific spots on chromosomes.

Computers that use quantum mechanics to perform calculations can solve some problems far more efficiently than a conventional computer. While early use was held back by disruptions to their function, the latest research has improved that and a growing number of academics are developing programmes and quantum software. Once refined, powerful quantum computers could simulate nature and help design materials.

Is this the technology that will make Harry Potter’s invisibility cloak a reality? While that is probably still a way off, plasmonic devices that manipulate electron clouds and light at the nanoscale are set to increase magnetic memory storage and the sensitivity of biological sensors. Several companies are developing new products, including a device that can distinguish viral from bacterial infections and a heat-assisted magnetic recording device. Light-activated nanoparticles are also being investigated for their ability to treat cancer without damaging healthy tissue.

Would you eat a burger that you knew had been grown in a lab? Meat grown from cultured cells could cut the environmental costs of producing meat and eliminate the unethical treatment suffered by animals that are raised for food. Start-ups like Mosa Meat, Memphis Meats, SuperMeat and Finless Foods have already attracted millions in funding, even though the production costs remain very high and taste-test results have been mixed. With the technology improving all the time, duck, chicken, and beef produced without slaughter could be on its way to a kitchen near you sooner than you think.

Could we cut down our reliance on drugs to treat most health conditions? Some say yes, with electroceuticals offering the ability to treat ailments using electrical impulses. One approach, targeting the vagus nerve – the system that sends signals from the brain to most organs – is poised to transform care for many conditions, since it has the potential to regulate the immune system. This has been used to treat epilepsy and depression for more than a decade, and now looks set to aid sufferers of migraines, obesity and rheumatoid arthritis.

Belmond Launches The Art of Gastronomy