Norwegian Cruise Line today revealed that Eduardo Arranz-Bravo, the award-winning Spanish artist, created the hull artwork for the fourth and final ship of its Breakaway-Plus class, Norwegian Encore, debuting in Miami in November 2019. 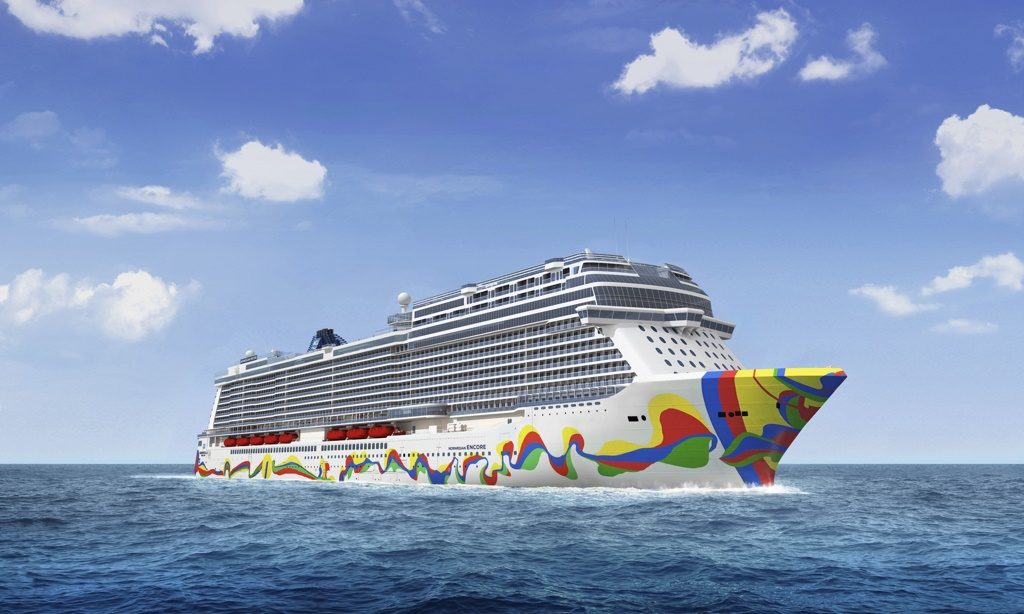 A representation of his modern and abstract style, the ship’s hull will feature a labyrinth of color inspired by Arranz-Bravo’s life by the sea in Barcelona and pay tribute to the vibrant guest experience for which the Norwegian brand is recognized.

Frank Del Rio, president and chief executive officer of Norwegian Cruise Line Holdings, played a key role in the selection of Arranz-Bravo as the hull artist for Norwegian Encore, having been inspired by his work for many years. Del Rio’s passion for the arts has helped elevate Norwegian’s on-board experience, most recently with the multi-million-dollar art collection curated for Norwegian Bliss.

Recognized for his inventive and humanistic approach to abstract art, Arranz-Bravo’s work is showcased throughout the world and portrays a constant evolution that some refer to as futuristic. He is highly regarded, having been the recipient of countless awards and accolades, and was one of three artists chosen to represent the 1992 Olympic Games in Barcelona.

At approximately 167,800 gross tons and accommodating up to 4,000 guests, Norwegian Encore will complete the Breakaway-Plus class, the most successful class in the company’s history. She is currently being built at Meyer Werft, in Papenburg, Germany and will feature many innovative dining, entertainment and recreational activities that guests have come to expect from the industry-leading brand.

Following her unveiling, she will cruise out of Miami every Sunday and sail seven-day voyages to the Eastern Caribbean, beginning with her first journey on November 17, 2019 through April 12, 2020.

More details on the ship’s design, accommodations, dining and onboard offerings will be shared in the coming months.

How Thunder, Fog and Other Weather Conditions Affect Flying