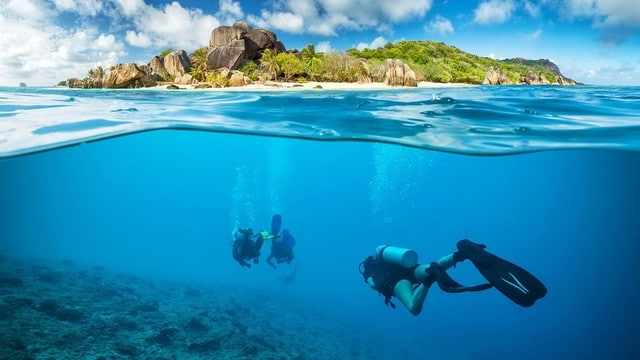 Seychelles remains in great demand as a holiday destination; this is reflected in the figures released by the National Bureau of Statistics records as at September 7, 2018 showing that 235,640 visitors entered the country since January 2018.

The current figure shows an increase in 1-percent compared to the number of visitors recorded in the same period in 2017 where 223,887 visitors were recorded.

The European markets maintains a strong focus on the number of visitor arrivals, as the National Bureau of statistics (NBS) records 7% increase compared to the same period in 2017.

According to the records from Central Bank of Seychelles (CBS), the cumulative earnings for quarter one and quarter two (January to June 2018), has increased by SCR 811, 000,  equivalent to an increase of 27% compared to the same period last year.

Based on the figures released by NBS, the German market is still keeping the lead on the list of the top performing markets with 34,104 since January, closely followed by France with 29,649 visitors.

Other European countries has also shown significant increases in visitors arrival from those regions, such as UK & Northern Ireland (+16%), Italy (+3%). Austria also recorded an increase of 41%.

Talking about the fact that the destination has recorded almost 70,000 visitors in two months, the Seychelles Tourism Board (STB) Chief Executive Mrs. Sherin Francis expressed her satisfaction that the holidaymakers are still keeping Seychelles as a preferred holiday destination.

She stressed that the STB is working hard in collaborations with the other partners. She mentioned that the STB’s focus is to increase the performance of the other markets as well as market Seychelles as an eco-friendly destination.

“I believe it’s the concerted efforts of all parties within the industry that we have been able to achieve this growth in tourism earning.  For a small country like Seychelles, where we are more and more placing emphasis on conservation, it is really important that we are able to get more out of each tourist visiting our shores instead of only relying on increase in the tourism arrival numbers,” said Mrs. Francis.

The STB Chief Executive expressed herself regardless of the trials faced on certain markets, she is hopeful that the global performance in the number of visitors will be maintained.

“Nevertheless, commenting on the arrival figures, the three markets dragging down our average today are the UAE, Russia and South Africa. All three markets have had their shares of challenges, some of which we have been able to work through while others may persist until the end of the year. Faced with these challenges, I am satisfied that we have been able to at least maintain our last year’s performance, where we experienced an outstanding growth.  For the moment, the global forward booking trend is not looking negative, and we can expect to at least maintain the performance for the rest of the year, “said Mrs. Francis.

Arrivals to the Seychelles are expected to keep on the rise as Air Seychelles increase the frequency of its services between Seychelles and Johannesburg to six flights per week in July this year and Edelweiss starts serving the islands as of September 2018.