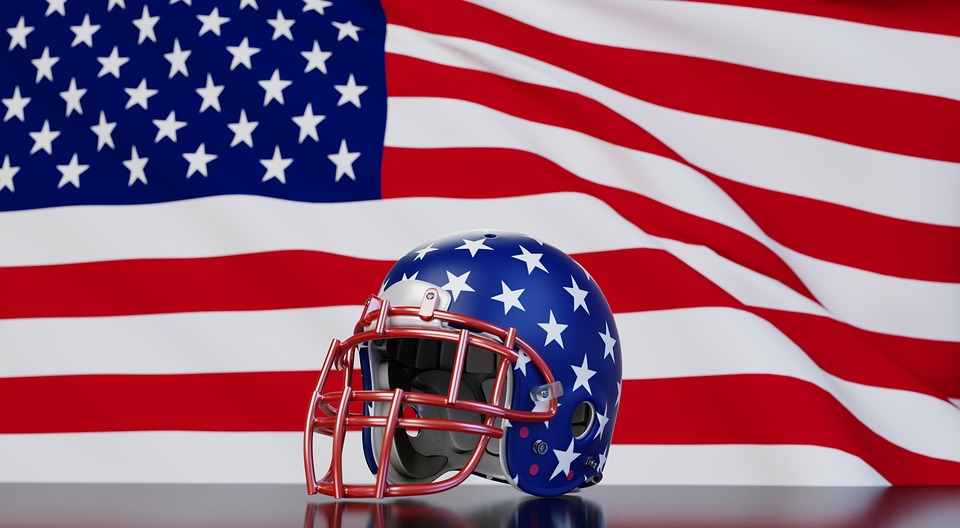 Marriott Searches for NFL Fan to Travel the World

In its eighth year as an NFL partner, Marriott International is packing its bags and taking its partnership more global than ever before. As the NFL continues to strengthen its international fan base, with more than 95 million NFL fans living in the NFL’s key international priority markets,¹ the global hospitality company will use its international expertise to create unique, once-in-a-lifetime experiences for passionate NFL fans all over the world.

“We are excited to create incredible moments for passionate NFL fans no matter where they live,” said Karin Timpone, Global Marketing Officer for Marriott International. “We’ve taken our NFL partnership to a new global level – from seeking the first-ever Courtyard NFL Global Correspondent, creating interactive consumer events in London and Mexico City, and offering incredible Moments for members of Marriott Rewards and SPG all over the world.”

There are 180.2 million NFL fans in the United States, but only one will get the chance to pursue their NFL passions and travel the world to attend exclusive NFL events as the first-ever Courtyard NFL Global Correspondent. The lucky fan will embark on a dream season of international travel and exploration to discover the passion that unites NFL fans around the world and share their findings with fans, followers, Courtyard guests – and the world at large.

“As a brand, we have always enabled our guests to pursue their passions both personally and professionally on the road, so they can continuously move forward” said Janis Milham, Senior Vice President and Global Brand Leader, Classic Select Brands. “This year we are extending that shared mindset to our NFL programming, giving one lucky fan the chance of a lifetime to pursue their passion for the NFL in a season-long capacity.”

This season-long opportunity will include travel to NFL events around the world, including games in London, Mexico City and Minnesota, culminating in Atlanta for Super Bowl LIII. Courtyard is seeking individuals who have a love for and knowledge of the NFL, are comfortable in front of a camera, are passionate and enthusiastic storytellers and are always looking to move forward in their personal and professional journeys.

From Sept. 6th through Sept. 24th, interested fans are encouraged to submit a :60 second video online at www.CourtyardCorrespondent.com, or in-person during Courtyard’s NFL Kickoff experience located within the NFL Kickoff Experience in Philadelphia on Sept. 6th. Courtyard’s Kickoff experience will also feature talent appearances, NFL trivia and giveaways throughout the day including signed merchandise, game tickets and tickets to see the Philadelphia Eagles play in London on Oct. 28th.

Aspiring correspondents must be passionate about the NFL, football, food and travel and be a member of either Marriott Rewards or SPG. Entries will be judged based on charisma, passion and overall NFL expertise. Finalists will advance to an interview round and the Courtyard NFL Global Correspondent will be announced on Oct. 16th.

This season, in partnership with the NFL, Marriott is offering over 200 experiences exclusively for members, including for the first-time, the ability to bid for and win the ultimate Super Bowl LIII Suite Sleepover which will be up for auction later this year. Other experiences include;

Courtyard asks UK NFL Fans, “How far would you go for the Super Bowl?”

As Courtyard expands its presence in the UK this year with the opening of the Courtyard by Marriott Luton Airport, the brand is introducing new and exciting programs to engage fans throughout the season. In the UK, Courtyard is launching a new sports content series titled, “Courtyard’s – How far would you go for the Super Bowl?” as an extension of its ‘Passion Moves Us Forward’ campaign.

The series, co-hosted by NFL Legends Osi Umenyiora and Jason Bell, brings together two British sports pundits to share their passion, expertise and personal anecdotes with NFL fans. The first episode will kick off on October 10thinviting fans across the UK to share their own passion for the sport for a chance to win two tickets to the Super Bowl LIII in Atlanta on February 3rd, 2019.

Super Bowl winner and British-born running back for the Philadelphia Eagles, Jay Ajayi as well as former international Rugby Sevens player and current tight end for the Atlanta Falcons, Alex Gray will be guests on the series. The fifth and final episode will highlight the lucky winners’ unprecedented gameday experience through a Courtyard lens at the Super Bowl LIII, in early February 2019.

Exclusive Marriott Loyalty Moments packages, designed specifically for the UK audience, are available to loyalty members and include premium seating at the stadium, pre-game field access to watch the team warm ups, NFL gifts, and exclusive access to the Pitchview Suite with complimentary hospitality, complete with full length panoramic windows, providing unbelievable views across the Wembley pitch for the final game featuring NFL Super Bowl LII Champions: The Philadelphia Eagles, as well as invitations to an NFL Influencer Party.

The NFL has enjoyed growing popularity and a sizeable fanbase in Mexico for years. As an official sponsor of the 2018 NFL Mexico Game, on Monday, November 19th, Courtyard by Marriott is planning a series of memorable experiences for passionate fans in Mexico City this year. The NFL Fan Fiesta at Azteca stadium will allow game attendees to enjoy pre-game festivities and activations, including player meet and greets and the chance for one lucky fan to win two tickets to Super Bowl LIII at Courtyard’s NFL Fan Fiesta experience.

Three exclusive Marriott Loyalty Moments packages, designed specifically for the Mexico City game, are available to loyalty members and may include premium seating at the stadium, a pregame VIP reception, access to pre-game field passes, hotel accommodations, and transportation to and from the game.