More than seven million Brits are planning a holiday at home for the August bank holiday weekend according to a VisitEngland survey released today.

VisitEngland’s August bank holiday Trip-Tracker survey shows that 7.3 million Brits are planning an overnight holiday trip in the UK this weekend, bringing an estimated £1.75 billion boost to the economy.

The figures show an increase on last year’s results when 6.9 million Brits planned to take an overnight holiday trip during the August bank holiday weekend. In 2016 the figure was 5.1 million.

The survey also showed that a further 8.4 million people are still undecided about whether to take an overnight holiday trip in the UK during the bank holiday weekend. Of those undecided, 43% said they are waiting to see what the weather is like.

The number of Brits taking short-breaks of one to three nights in England was up 7% in 2017 compared to the previous year. Brits are taking almost six million more short-breaks in England than they were a decade ago.

Tourism is worth £127 billion to the UK economy.

The full VisitEngland trip tracker survey can be found here.

Utrecht has restored the ‘singel’ canal that surrounds the city from its founding in 1122 until the 1950s in an effort to promote greener living. For the past 70 years, the site of the reservoir has been a ring highway...

In Finnish Lapland, Rovaniemi, the Arctic Circle, summer is a busy time for Santa Claus. The White Beard has taken over the protection of an ambitious project called Santa’s Forest. The project aims to make Santa Claus... 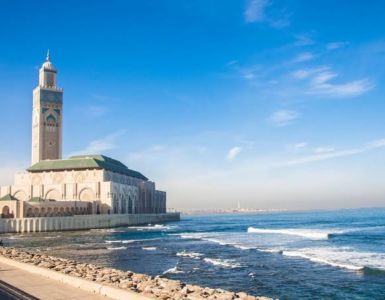 Morocco is the last traveler-accessible country in North Africa to reopen to tourists: Egypt started welcoming travelers three weeks ago and Tunisia opened its borders in June.  Morocco has reopened its...