As Princess Cruises’ fleet expansion continues, the premium international cruise line reveals the name of the ship it will launch in 2020 – Enchanted Princess. 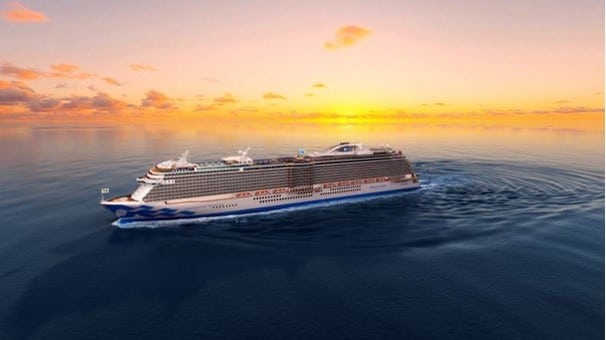 Enchanted Princess is scheduled to debut on June 15, 2020 sailing on a series of European voyages. Bookings for her maiden season, Summer 2020, will open on November 8, 2018.

“The name Enchanted Princess is captivating and conveys the elegance and grace of our new ship which will introduce more travellers to the pleasures and value of cruising,” said Jan Swartz, president of Princess Cruises. “We are certain Enchanted Princess will exceed the expectations of our guests, ensuring they have the most memorable cruise vacation.”

Ms Swartz said Princess has the strongest pipeline of premium new ship builds in the world. The arrival of Enchanted Princess will be followed by the debut of the sixth Royal-Class vessel for Princess Cruises in 2021. The cruise line also has two new Liquefied Natural Gas (LNG) powered ships on order, bringing its new ship order to five ships in six years.

Construction of the 143,700-ton, 3,660-passenger Enchanted Princess will take place in the Fincantieri Monfalcone shipyard with the ship set to feature an evolution of the design platform used for the cruise line’s previous Royal-Class ships.