First Radisson Hotel in the Middle East to Open in 2019

Radisson Hospitality AB announces the signing of its first Radisson hotel in the Middle East at Dubai’s DAMAC Hills in the United Arab Emirates. The new signing is in partnership with leading Dubai-based real estate developer DAMAC Properties. Radisson Hotel Group portfolio now features 81 hotels and more than 20,000 rooms in operation and under development across the Middle East region. 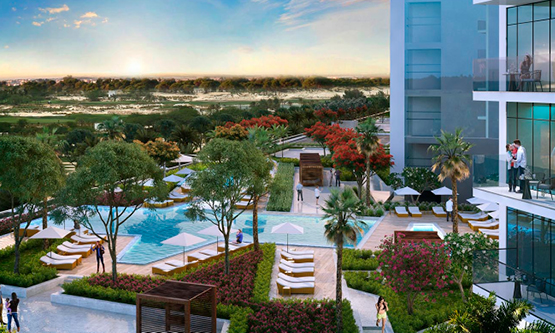 The new upscale, full-service brand with Scandinavian-inspired hospitality, will be situated in Damac Hills. It’s part of a new 3.9 million square-meter residential community developed by DAMAC Properties in Dubailand. The hotel will also be surrounded by parkland and the spectacular green fairways of an 18-hole championship golf course.

Under construction already, and due to open in Q4 2019, Radisson Hotel, Dubai DAMAC Hills will feature 481 rooms, including one and two-bedroom suites. Two restaurants will cater to guests’ dining needs, while leisure facilities such as a gym, spa, kids club and an outdoor swimming pool will also be available. The hotel’s extensive meeting space will be build over an area of 600m².

The hotel will have excellent accessibility through two major highways and will be located 15km away from the newly opened Al Maktoum International Airport (Dubai World Central). The property will be within a rapidly growing area of Dubai and surrounded by new residential and business districts such as Dubai Motor City and Dubai Investment Park, while the site of Expo 2020 will be just 11km away.

Best Hotels in the Caribbean 2018