Brussels Airport set a new passenger record in the month of July, with a growth of almost 4%. For the first time ever, the airport received more than 2.6 million passengers in a one month period. Driven by a sharp growth in belly cargo and trucked air cargo, the tonnage carried grew by 13.9% against July last year. 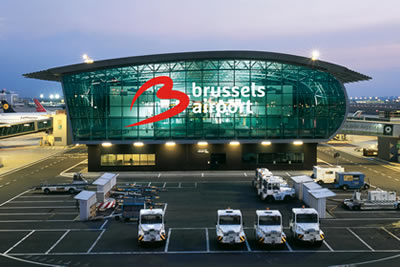 This July, Brussels Airport welcomed over 2.6 million passengers. That is 3.9% more than in July last year and an all-time passenger record. The number of originating passengers grew by 5.2% in comparison to July 2017. The increase is partly due to strong sales in leisure flights, in particular to holiday destinations such as Turkey, Egypt and Tunisia. The number of transfer passengers fell slightly, by 1.4% against the same period last year.

Long-haul traffic too continued to grow with a significant 16% in comparison to July last year. There was an increase in passengers to Asia and the Gulf region in particular, owing to new destinations such as Hong Kong, Shenzhen and Shanghai, as well as greater frequency and additional capacity on flights to Dubai, Bangkok and Doha.

The number of flight movements remained practically stable (+ 0.7%) against July last year. The number of passenger flights dropped by 0.9%, partly due to the two-day strike at Ryanair.