IHG To Operate 12 Hotels In UK

IHG® has today confirmed the UK debut locations for its boutique brand Kimpton® Hotels & Restaurants and its recently launched upscale brand, voco™ Hotels. This move follows the announcement made in May of an agreement with Covivio (formerly Foncière des Régions), to rebrand and operate 12 high-quality open hotels in the UK and one pipeline hotel. Nine of the hotels join IHG’s brand portfolio today, making IHG the UK’s leading luxury hotel operator. The remaining three open hotels are anticipated to be added in the coming weeks. 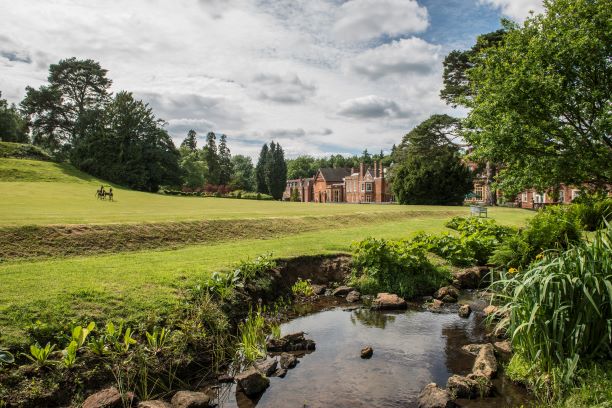 IHG will launch its leading luxury boutique brand Kimpton Hotels & Restaurants in the UK in London, Manchester, Edinburgh and Glasgow. Renowned for their innovative and playful design and personal approach to guest service, the Kimpton hotels will each be in prime UK city-centre locations:

London’s most literary neighbourhood, Bloomsbury, will become home to the capital’s first Kimpton Hotel later this year. Located in Russell Square, the iconic building and currently The Principal London, originally opened in 1898.
Manchester is set to open its first Kimpton Hotel in 2019. Currently The Principal Manchester, the hotel occupies the corners of Oxford Street and Whitworth Street, across three buildings dating back to the turn of the last century.
The Principal Edinburgh Charlotte Square, originally built in 1791, overlooks one of the city’s prettiest garden squares, and is set to become a Kimpton Hotel next year.

In Glasgow, The Principal Blythswood Square Hotel, home of the former Royal Scottish Automobile Association, will operate under the Kimpton brand in 2019.

This marks an important milestone in IHG’s plans to take the Kimpton brand global. It follows the signing of the first Kimpton in Japan, in Tokyo’s Shinjuku district, last week as well as the signing of three properties in prime markets in South East Asia and Greater China last year. It also adds to Kimpton’s expansion in Europe, with the opening of Kimpton® De Witt Amsterdam in 2017, the signing of Kimpton Paris, due to open in 2020 and Kimpton Frankfurt, due to open in 2023.

voco™ Hotels
The recently launched upscale brand voco™ Hotels will be making its UK debut in Cardiff. Overlooking Cardiff Bay, The Principal St. David’s Hotel, will take on the voco brand later this year. It is expected that further voco hotels will be coming to the UK soon, each will keep their individuality but with the reassurance of a global brand.

Hotel Indigo®
Leeds will debut the vibrant and stylish Hotel Indigo brand in 2020. Every aspect of the property, currently the Principal Met Leeds Hotels, will be inspired by stories of the local area – from intriguing design to distinctive local ingredients in its menus.

The Principal York, will be rebranded at a later stage; and the well-known De Vere Wotton House hotel, near Dorking Surrey, will capitalise on its strong name, operating unbranded as Wotton House.