Carnival Corporation today released its eighth annual sustainability report, announcing that in 2017 the company achieved its 25 percent carbon reduction goal three years ahead of schedule and is on track with its nine other 2020 sustainability goals. The full 2017 report, “Sustainability from Ship to Shore,” was developed in accordance with the Global Reporting Initiative format and is available online at www.CarnivalSustainability.com. 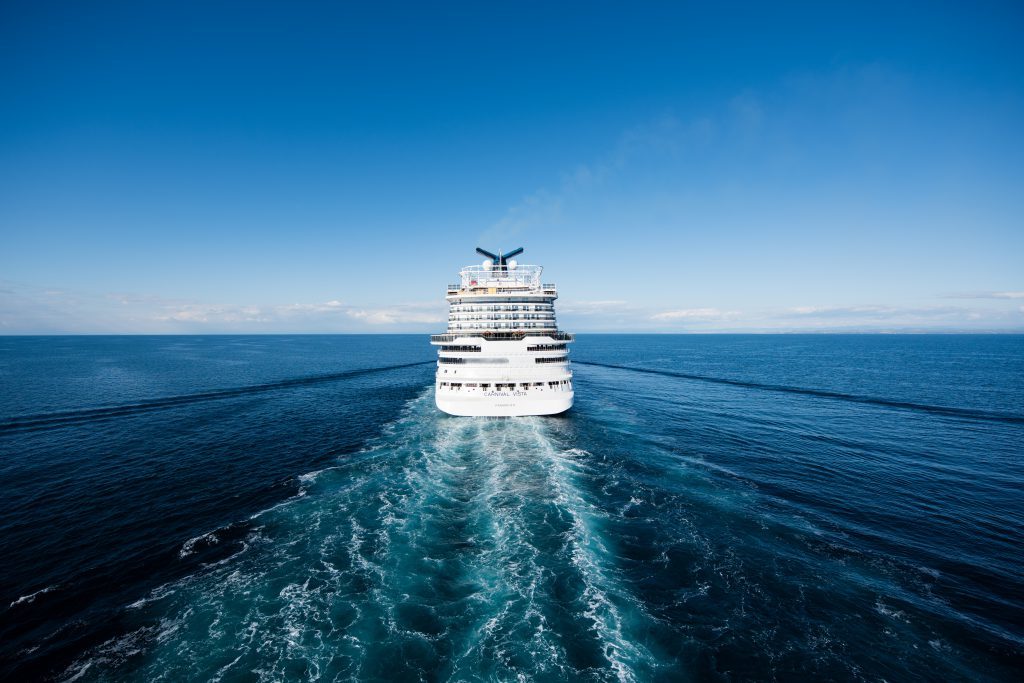 Looking to the future, the company continues to chart its sustainability journey, using the United Nation’s 17 Sustainable Development Goals as a framework to identify new environmental management, energy efficiency, health, safety and wellbeing objectives to strive toward by 2030.

Carnival Corporation first shared its 2020 sustainability goals in 2015, identifying 10 objectives that include reducing its carbon footprint, improving ships’ air emissions, reducing waste generation, improving water use efficiency, and supporting guests, crew members and local communities. The company’s latest sustainability report shows that it is on track to meet those goals across its nine global cruise line brands, realizing the following environmental advancements by the end of 2017:

• Carbon Footprint: achieved 26.3 percent reduction in CO2e relative to 2005 baseline
• Exhaust Gas Cleaning Systems (EGCS): 62 percent of fleet equipped with EGCS, capable of reducing sulfur compounds and particulate matter in ships’ engine exhaust at any operating state of a ship, resulting in improved quality of air emissions
• Cold Ironing: 43 percent of fleet equipped with capability to use shoreside electric power while the ship is docked
• Advanced Waste Water Purification Systems: increased coverage of fleet-wide capacity by 6.2 percentage points from 2014 baseline. Together, the company’s standard and AWWPS systems meet and/or exceed water treatment requirements established by the International Maritime Organization, and national and local authorities.
• Waste Reduction: reduced non-recycled waste generated by shipboard operations by 3.7 percent relative to 2016 baseline, and sent 79 percent of the U.S. food and municipal type waste to a facility that captured the energy from the waste
• Water Efficiency: improved water use efficiency of shipboard operations by 4 percent relative to 2010 baseline, to a rate of 60 gallons per person per day, versus the U.S. national average of 90 gallons per person per day

LNG: Powering Next-Generation “Green Cruising”
Liquified Natural Gas (LNG) is the most environmentally-friendly and low-emission fuel currently available. As part of the company’s commitment to reducing air emissions and improving air quality in the ports and ecosystems it visits, Carnival Corporation has invested in two major environmental intiatives, EGCS and LNG, that are leading not just the cruise industry but the overall maritime sector and provide a balanced approach to fuel usage and clean-air emissions. In 2017, Carnival Corporation received the Lloyd’s List Americas 2017 Cleaner Safer Seas Solutions Award for its commitment to LNG operations and cleaner air.

In 2017 Carnival Corporation welcomed to its fleet the second cruise ship in the world able to be powered by LNG while in port, as dual-fueled AIDAperla began LNG operations when docked in three European ports. AIDAperla is the sister ship to dual-fueled AIDAprima, which launched in 2016.

In December 2018, AIDAnova will launch on its maiden voyage as the first fully LNG-powered cruise ship in the world, capable of running exclusively on LNG both in port and at sea. Six more Carnival Corporation ships generating 100 percent of their power from LNG will be in operation by 2022, sailing for AIDA Cruises, Costa Cruises, Carnival Cruise Line and P&O Cruises (UK).

In November 2017 Carnival Corporation expanded its LNG partnership with Shell Western LNG B.V. to North American ports. Shell will supply fuel for the two next-generation LNG-powered cruise ships on order for Carnival Cruise Line, both of which will be homeported in North America when they launch in 2020 and 2022.

Investing in the Future
“The draw of the ocean’s vast beauty is at the center of what makes cruising such an extraordinary vacation choice for the 12.1 million guests who sailed on our 103 ships in 2017,” said Elaine Heldewier, sustainability director for Carnival Corporation. “Doing our part to ensure the health and vitality of marine environments long into the future is not only the right thing to do as good corporate citizens, but it’s essential to what we do as a business. We are always looking for better ways to improve our technology and processes to further increase efficiencies and decrease our effects on the environment.”

In 2017, Carnival Corporation began construction in Miami on the third of its three state-of-the-art Fleet Operations Centers. It also expanded data aggregation and analysis by Neptune, a proprietary platform that enables real-time information transfer and sharing between ships and shoreside teams supporting fleet operations and enhancing the safe passage of ships at sea, while improving operational efficiencies and supporting overall environmental initiatives. New capabilities from these include:

Ensuring environmental compliance and proper implementation of procedures at sea and in port is the responsibility of full-time Environmental Officers working onboard every ship in the Carnival Corporation fleet. In 2017, a weeklong, fleet-wide global training program was implemented for these dedicated senior crew members. The required annual training course, conducted at Carnival Corporation’s CSMART Academy at its Arison Maritime Center in the Netherlands, is designed to further develop environmental and technical expertise for the more than 200 Environmental Officers who support the fleet.

Caring About Communities
Because environments are more than just water, land and air, supporting people and communities through sustainable tourism in the more than 700 ports visited by Carnival Corporation ships in 2017 is also a company priority. Seeking to positively contribute to the social, environmental and economic wellbeing of these communities, the company works with local governments, associations, tourism organizations and other community stakeholders to invest in the ports of call its ships visit and to support healthy, sustainable development.

When Hurricanes Harvey, Irma and Maria took a major human, environmental and property toll in the United States and several Caribbean destinations in 2017, the company immediately stepped up to support the ports and islands impacted by the storms. Carnival Corporation brands and foundations collectively pledged up to $12 million in aid for relief and rebuilding, as employees volunteered their skills, and cruise ships delivered critical supplies to residents in Barbuda, St. Maarten, Dominica and other affected areas.

The relief efforts of Carnival Corporation’s cruise lines and staff will continue long-term as islands and communities affected by the hurricanes rebuild. With 1 in 10 residents of the Caribbean directly employed in a tourism-related job, cruise lines have committed to continue to bring ships and guests into ports to help those employed by tourism and related industries.

Animal Welfare
Carnival Corporation continues to expand its sourcing of cage-free eggs with a goal to be 100 percent cage free by 2025, and has committed to aligning to welfare standards for broiler chicken by 2024.

The company has also partnered with the Association of British Travel Agents to help ensure excursions involving animals are responsibly managed, by leveraging their global welfare guidelines for animals in tourism. A recognized third-party auditor will audit attractions involving animals, including audits on all dolphin in captivity tour encounters used by Carnival Corporation brands.

The organization operates the world’s largest civilian hospital ship, the Africa Mercy, with a crew of over 400 volunteers from 40 different nations. In addition to an initial donation of €100,000, the Costa Group committed to continuously staff one engineering position onboard the Africa Mercy, and officers and engineers with Mercy Ships can gain experience and nautical expertise onboard Costa Group ships.

Other philanthropic initiatives and partnerships between Carnival Corporation, its cruise line brands and local and global organizations highlighted in the 2017 sustainability report include: