It may be the height of summer but Christmas markets and pints of Kölsch are on the horizon as British Airways launches a brand-new route to the German city of Cologne. 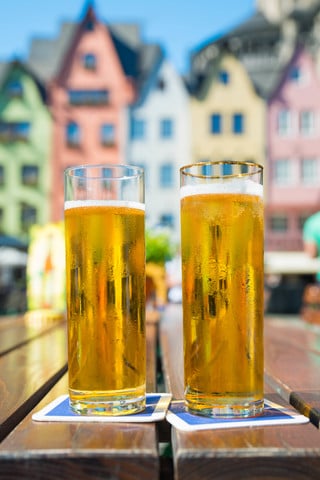 The airline has announced it will be adding a new four-per-week service from Gatwick airport to the winter break hotspot, located on both sides of the Rhine, from November 16, 2018.

During the winter season customers will be able to fly direct for the first time with British Airways, with services taking off on Mondays, Thursdays. Fridays and Sundays; offering holidaymakers the perfect excuse to visit one of the seven Christmas markets.

Fares start from £27 one way, and customers can choose to cut the cost of flights by using Avios part payment. They can pick from a range of savings by destination and cabin while still collecting Avios and Tier Points on their bookings.

The addition of the Cologne route follows the introduction of the Gatwick to Las Vegas flight which operates thrice-weekly all year round.

The airline is also increasing the number of flights it operates to other firm-favourite city break destinations from Gatwick this winter, with more flights to Palma in Mallorca, Turin, Lanzarote, Malaga and Geneva.

Travellers wanting to head further afield this winter have a new destination: the South African city of Durban with the start of a direct service from Heathrow Terminal 5.

From October 29 holidaymakers will be able to surf their heart out along the Golden Mile, explore the lush green garden province and enjoy golden sun kissed beaches with three direct flights a week to the spectacular South African city.

These new routes come as British Airways rolls out a £4.5 billion, five-year customer investment plan, with a focus on excellence in the premium cabins and more choice and quality for all its customers. This year British Airways rolled out its first fully refreshed Boeing 777 aircraft with brand-new World Traveller Plus and World Traveller seats in new cabins – which will operate exclusively on long-haul routes out of Gatwick.