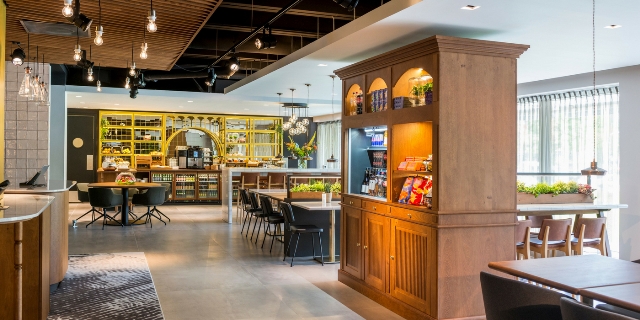 The apartment hotel has 151 innovatively equipped studios and apartments that follow the idea of a dynamic living concept. These include specially designed common areas with shops, a library and entertainment corners in urban design. The aim is, according to the company, to promote sociability and proximity of the guests with each other. The aparthotel also offers a 24-hour front desk and free Wi-Fi in all areas.

Adagio Amsterdam City South is located between the Dutch ‘Polder’ landscape and the business district of both Amsterdam South and Amstelveen and within 20 minutes of central Amsterdam.

The hotel is the result of a collaboration between Aparthotel Adagio and the Borealis Hotel GGroup.