Alstom’s Coradia iLint, the world’s first hydrogen fuel cell passenger train, has been granted approval by the German Railway Office (EBA) for passenger service in Germany. On 11 July, Gerald Hörster, President of EBA, presented Alstom with the certificate of homologation at the Federal Ministry of Transport and Infrastructure in Berlin. The ceremony was attended by Enak Ferlemann, Parliamentary State Secretary to the Federal Minister of Transport and Digital Infrastructure and member of the German Parliament. 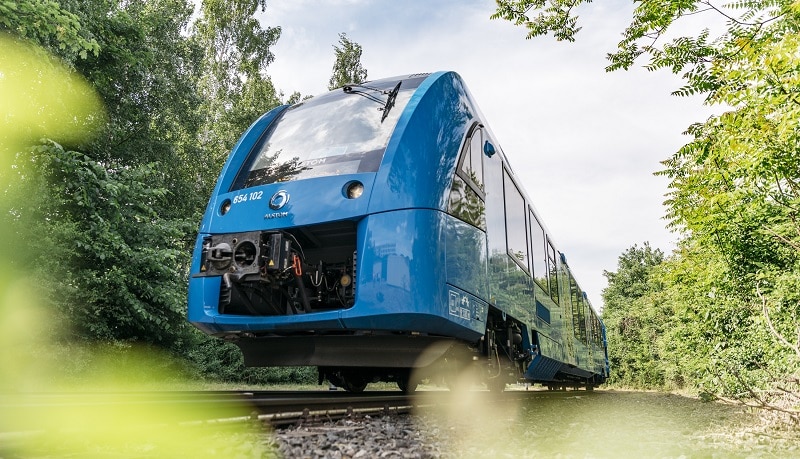 “A world premiere in Germany: With the approval of the German Railway Office (EBA), we are sending the first passenger train with fuel cell technology onto the tracks. This is a strong sign of the mobility of the future. Hydrogen is a true low-emission and efficient alternative to diesel. Especially on secondary lines, where overhead lines are uneconomic or not yet available, these trains are a clean and environmentally friendly option. That is why we support and promote the technology, in order to bring it to the surface,” said Enak Ferlemann, the German Federal Government’s authorised delegate for rail transportation.

“This approval is a major milestone for the Coradia iLint and a decisive step towards clean and future-oriented mobility. Alstom is immensely proud of this hydrogen-powered regional train, a breakthrough in emission-free mobility, and the fact that it will now go into regular passenger operation,” said Wolfram Schwab, Alstom Vice President of R&D and Innovation.

In November 2017, Alstom and the local transport authority of Lower Saxony (LNVG) signed a contract for the delivery of 14 hydrogen fuel cell trains, along with 30 years of maintenance and energy supply. The 14 trains will be produced by Alstom for LNVG’s vehicle pool and will transport passengers between Cuxhaven, Bremerhaven, Bremervörde and Buxtehude from December 2021. Following this approval granted by EBA, the two Coradia iLint prototypes will enter pilot operation in the Elbe-Weser network. Passenger service is scheduled for late summer.

Coradia iLint is the world’s first passenger train powered by a hydrogen fuel cell, which produces electrical power for traction. This zero-emission train emits low levels of noise, with exhaust being only steam and condensed water. The Coradia iLint is special for its combination of different innovative elements: clean energy conversion, flexible energy storage in batteries, and smart management of traction power and available energy. Specifically designed for operation on non-electrified lines, it enables clean, sustainable train operation while ensuring high levels of performance.

The Coradia iLint was designed by Alstom teams in Salzgitter (Germany), centre of excellence for regional trains, and in Tarbes (France), centre of excellence for traction systems. This project benefits from the support of the German ministry of economy and mobility. Alstom‘s development of the Coradia iLint was funded with €8 million from the German government as part of the National Innovation Program for Hydrogen and Fuel Cell Technology (NIP).