RIU Presents the Riu Tequila in Mexico after a Spectacular Renovation 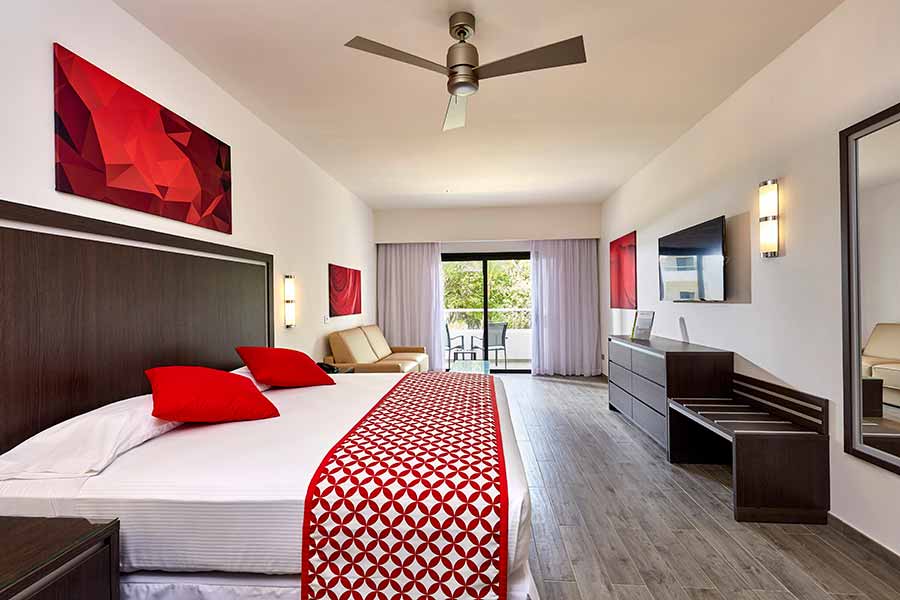 RIU Hotels & Resorts is reopening one of its most emblematic hotels in Mexico, the Riu Tequila, first opened in Playa del Carmen in 1998. The Mallorcan chain presents the changes of this 24-hour all-inclusive hotel, which has completely renovated its common areas, gardens and rooms, and expanded its gastronomic selection with two new restaurants and a barbecue station with grilled dishes.

The renovation of the Riu Tequila included refurbishment of its 630 rooms. The décor, now fresher and more modern, is dominated by white with touches of red, and it maintains the warmth of wood in its furniture. The floors of all the rooms have been replaced with ceramic parquet, in keeping with the new style that RIU is introducing in its hotel offer. The bathrooms in all the rooms, with the same flooring, now provide shower stalls.

Maintaining the essence of the Mexican Caribbean in the buildings that surround it, the outdoor area of the Riu Tequila has gone from having two large organically shaped swimming pools and one for children to offering a total of five rectangular and more modern pools, or albercas as they’re called in Mexico. One of them is just for kids and has slides, while another has a swim-up bar.

Following the renovation, the Riu Tequila offers the new Italian restaurant, ‘Rinascita’, and a new steakhouse called ‘Black Cow’. Both are in addition to the existing ‘Rosa Roja’ main buffet, ‘Bamboo’, serving Asian cuisine, and the ‘Beach Club’ restaurant that at night turns in to a Mexican-themed restaurant. Plus, the hotel now offers the aforementioned barbecue station, which prepares grilled dishes at lunchtime.

With the complete renovation of the main building, the lobby bar, ‘La Veranda’, the cocktail lounge, ‘La Fiesta’, and ‘Sports Bar 24’ have been redone and renamed, as has ‘Coco’s Bar’, the swim-up bar in the garden area.

Next to the children’s pool, there is also a RiuLand club and a playground, and the new gym and the Riu Fit zone are also found in this area. These new amenities and the new free WiFi service now available throughout the hotel complement the entertainment offer of the animation team and of the ‘Pacha’ discotheque, also renovated.