Iconic celebrities including Sir Michael Caine, Olivia Colman and Joanna Lumley have come together to create the second instalment of British Airways’ star-studded pre-flight safety video, which launches on board from July. 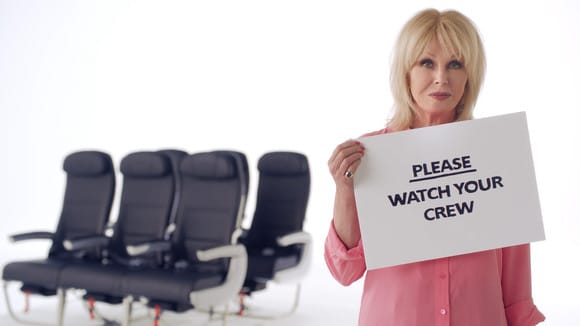 In the video, seven celebrities are seen ‘auditioning’ in humorous sketches while also landing important safety messages. They are under the watchful eye of comedian Asim Chaudhry, who attempts to direct their every move.

To watch the director’s cut** from the new safety video on YouTube, see below:

The new film builds on the success of the first instalment, which featured the likes of Gordon Ramsay, Sir Ian McKellen and Thandie Newton, and has been seen by customers nearly 25 million times.

As with the first instalment, the new film brings together a collection of Britain’s most-admired celebrities to create a humorous video, while also helping customers take in important safety information.

The video promotes Flying Start, the global charity partnership between British Airways and Comic Relief which has supported over half a million children across the UK and some of the world’s poorest communities since launching in 2010.

Carolina Martinoli, British Airways’ Director of Brand and Customer Experience, said: “It’s great to be launching another star-studded in-flight safety video. The first video was a huge success, making customers laugh all around the world, while also helping them to take in those all-important safety messages pre-flight.