Radisson Blu to open in Bruges

Radisson Hospitality AB announces the signing of a new Radisson Blu Hotel, Bruges in Belgium. The signing takes the group’s Belgian portfolio to 15 hotels in operation and under development. It was in 1989, that Radisson Hospitality AB (originally SAS International Hotels) decided to move its EMEA headquarters to Brussels, the Belgian and European capital, and has ever since remained committed to the country’s international potential. 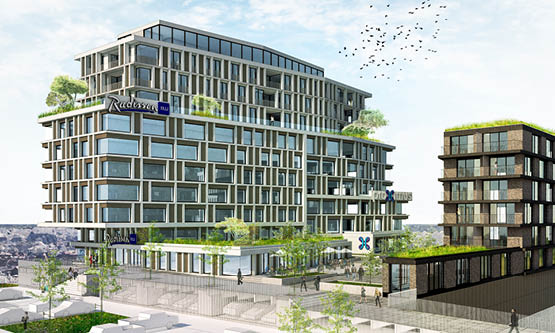 Radisson Blu Hotel, Bruges is located in the beautiful, historical, fairy-tale medieval city center – The Markt – that dates back to 1905. The hotel is close to Central Station of Bruges (a UNESCO heritage site), and a short train ride away from the International Airport in Brussels (Zaventem). Zeebrugge, the international port of Bruges, is long-established as a major European commercial trade hub. Radisson Blu guests can look forward to some extraordinary historical landmarks, including the world-famous Grand Place; the 83m, 366-step, 13th century Belfort: and Begijnhof (the Beguinage); award-winning dining; a legacy of lace; and the dreamy canals – which is what makes Bruges, a movie-makers’ magnet.

Radisson Blu Hotel, Bruges will offer 109 designer rooms and suites, including 19 family rooms. It will also feature a specialty restaurant with an outdoor terrace. The hotel’s Meetings and Events facilities will expand over two floors and six meeting rooms, the largest of which can accommodate up to 120 people. The spacious 12th floor meeting space will offer stunning views of this iconic city views.